Why Crossroads Are Magickal 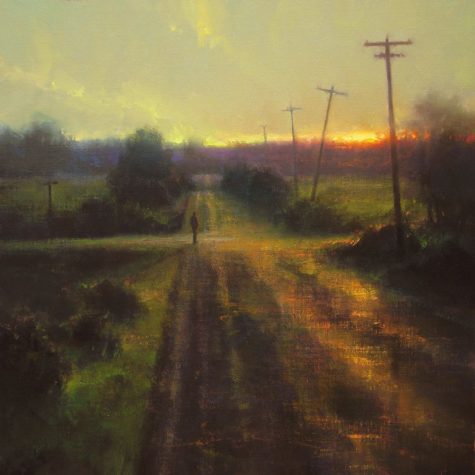 The crossroads are literally where different roads meet and where they separate, where opportunity emerges to change directions. They are unpredictable; you could take any one of a variety of choices. Magically speaking a crossroads is the place where multiple forces converge, where anything can happen, where transformations may occur. Energy is liberated and expanded at the crossroads. Instead of hopping over boundaries, you can stand in the center and be inundated by power, potential and choices.

Crossroads are ubiquitous in magic. Many spells demand to be cast at the crossroads, others require that the remnants of spells – left over candle stubs, ashes and the such – be buried at the crossroads where their energy can safely disperse.

Specific types of spiritual entities, known as “road-openers” and inevitably beings of great power preside over crossroads. These beings can be petitioned for knowledge, information and for a change in destiny. They control thresholds and roads and determine who has free access and who finds roads barred, who will choose the right fork in the road and who will wander hopelessly lost forever.

Once upon a time, crossroads were where people met, where nomads rendezvoused, where gallows stood, where the death penalty was enacted and corpses left to hang, where suicides were buried. If magic spells were cast according to direction, then midnight at the crossroads must have frequently been a crowded, busy place, especially on a night like Halloween when the veil that divides the realms of living and dead is at its most permeable, leaving an open road for inter-realm communication.

Christian authorities frequently urged people to avoid the crossroads, particularly at night, as it was the devil’s stomping grounds. If you were looking to meet Satan, however, if you had a proposition or a request for him, the crossroads was where you were most likely to find him.

Unfortunately, the most accessible modern crossroads are traffic intersections. The magic energy remains, however. Think about a busy intersection: on a good day you fly straight through, making a journey faster and easier. A traffic tie-up, however, is an energy build-up with added potential for accidents and road rage.

Faithfully attempting to follow a spell’s directions may leave you playing in the middle of traffic. In Rio de Janeiro, Pomba Gira’s devotees take this into account: offerings aren’t left where you might expect, at the center of the crossroads, but by the side of the road. No matter how powerful your spell, it will have no opportunity to work if you get hit by a car during the casting.

Find an appropriate old-fashioned crossroads, a safe area of a modern crossroads, or read between the lines – figure out what the spell really requires (why you’re being sent to the crossroads, for what purpose) and adapt and substitute as needed. Not all crossroads are literal intersections of roads. Other crossings include: Graveyards, bathhouses, ruins, bike paths, and altars.

Found in: The Element Encyclopedia of 5000 Spells