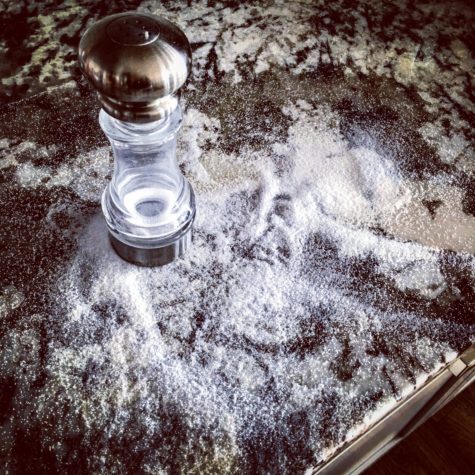 Similar to many other forms of divination, the diviner casts salt crystals into the air and interprets the patterns as it falls to the ground or travels through the air. The diviner can also interpret patterns formed from the residue of a salt solution as it evaporates in the bowl. The exact interpretations are unknown, but it probably follows a similar method to aleuromancy.

It is this ancient divination science that accounts for some of our modern salt related superstitions, including the one about people saying that misfortune is about to fall on the household when the salt cellar is overturned, and the one about throwing a pinch of salt over someone’s shoulder for good luck.

A form of Alomancy consists on the casting of salt into a fire, and is considered a type of Pyromancy.