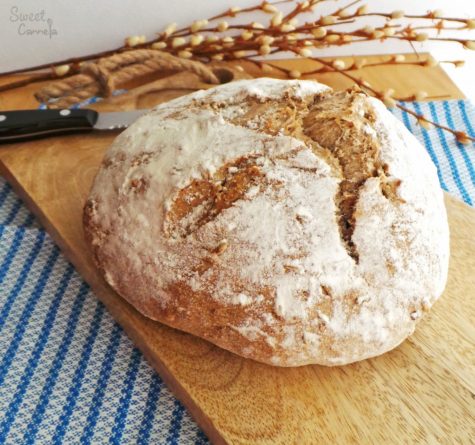 Alphitomancy is an old old form of divination involving barley cakes or loaves of barley bread.

This is an ancient method of determining the guilt or innocence of a suspect person by feeding him or her a specially prepared wheat or barley loaf or cake. If the person suffers from indigestion, or finds the loaf to be distasteful, this is interpreted as a sign of guilt.

There was said to be near Lavinium a sacred wood, where Alphitomancy was practiced in order to test the purity of the women. The priests kept a serpent, or, as some say, a dragon, in a cavern in the wood. On certain days of the year the young women were sent thither, blind-folded, and carrying a cake made of barley flour and honey. The devil, we are told, led them by the right road. Those who were innocent had their cakes eaten by the serpent, while the cakes of the others were refused.