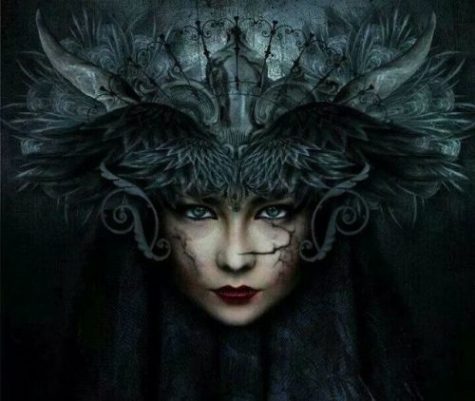 The Morrigan is a Celtic goddess of battle, strife, and fertility. Her name translates as either “Great Queen” or “Phantom Queen,” and both epithets are entirely appropriate for her. The Morrigan appears as both a single goddess and a trio of goddesses.

The Morrigan is a powerful spirit of birth, death, sex, destruction, and fertility. She is among the goddesses associated with Ireland’s well-being and sovereignty. Her name is variously translated as:

She is an oracular, prophetic spirit who can reveal the future and anyone’s destiny – that is, if she feels like it. The Morrigan is a headstrong, passionate goddess who does as she pleases. She is among those goddesses serving as Washers at the Ford

The Morrigan may be one spirit, a triple goddess, or three manifestations in one. The Morrigan may name a triad of distinct goddesses – usually Badbh, Nemain, and Morrigan, but sometimes Macha is included. 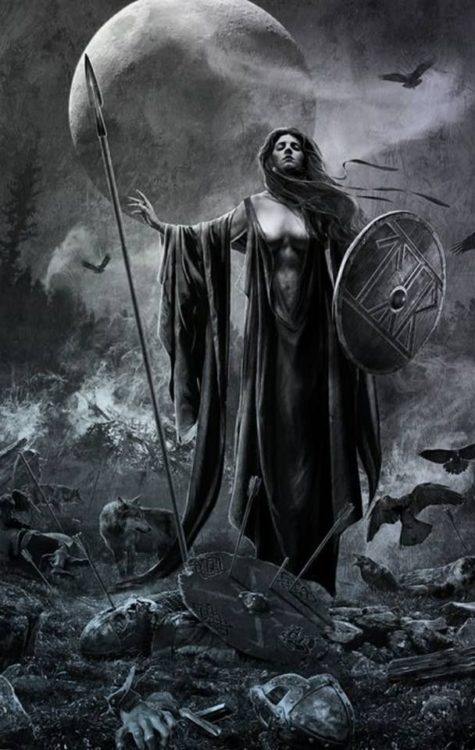 The Morrigan is most famous as a war goddess. She may instigate battle or meddle with it. The concept of minding her own business does not exist: Battle is her business. Anything that captures her interest is her business. The Morrigan is also renowned for giving sound battle advice. She advised the Dagda on how to deal with the fumorians.

The Morrigan determines war’s outcome, bestowing victory to whichever army or warrior she favors, but she has a reputation for being capricious. Her favors can never be taken for granted. Her frenzied war fury unnerves armies. Her shriek is deadly.

The Morrigan frequently appears in the ornithological guise of a hooded crow. She is one of the Tuatha Dé Danann (“Tribe of the goddess Danu” or the land of the Faries) and she helped defeat the Firbolg at the First Battle of Mag Tuireadh and the Fomorians at the Second Battle of Mag Tuireadh. She is often read about in books that are about the Fae.

Her many manifestations include, but are not limited to:

She appeared to the hero Cu Chulainn (son of the god Lugh) and offered her love to him. When he failed to recognize her and rejected her, she told him that she would hinder him when he was in battle. When Cu Chulainn was eventually killed, she settled on his shoulder in the form of a crow. Cu’s misfortune was that he never recognized the feminine power of sovereignty that she offered to him. 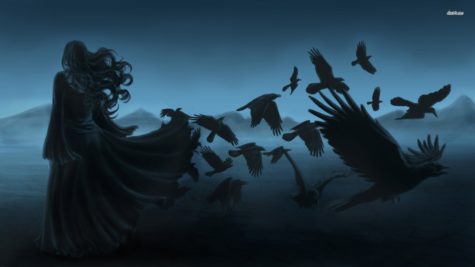 She appeared to him on at least four occasions and each time he failed to recognize her.

More than just a battle goddess, the Morigan is also a goddess of life, birth, and sex. She is sometimes identified as a mermaid. On Samhain, the beginning of the Celtic dark half of the year, the Morrigan stands astride a river with one foot on either bank to engage in the Great Rite – sacred, transformative, ritual sex – with the Dagda (Ireland’s All-Father).

4 Responses to The Morrigan