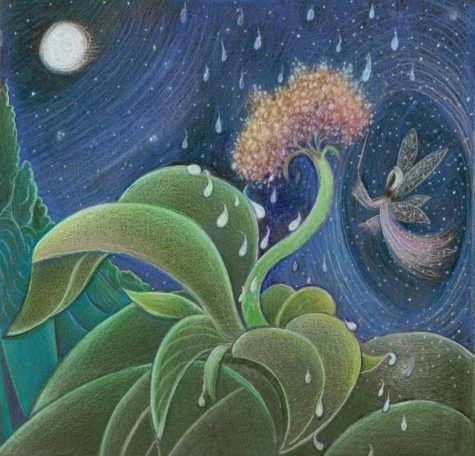 Elemental fairies (being one type of fairy) “are the thought-forms of the Great Beings, our angels, who are in charge of the evolution of the vegetable kingdom. When one of these Great Ones has a new idea connected with one of the kinds of plants or flowers which are under his charge, he often creates a thought-form for the special purpose of carrying out that idea.

It usually takes the form either of an etheric model of the flower itself or of a little creature which hangs round the plant or the flower all through the time that the buds are forming, and gradually builds them into the shape and color of which the angel has thought. But as soon as the plant has fully grown, or the flower has opened, its work is over and its power is exhausted, and, as I have said, it just simply dissolves, because the will to do that piece of work was the only soul that it had.

Promote Your Page Too
Bread Crumbs
A trail of bread crumbs just in case you lose your way exploring your higher power. Site News > The Powers That Be > What’s New > Angels > Elemental Fairies