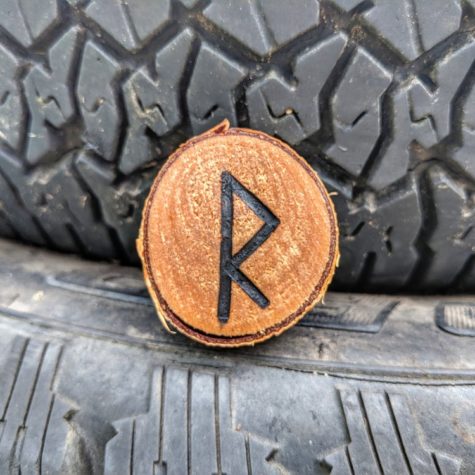 This rune symbolizes the journey to a place of power, the realms of the dead. Thus it can be used to gain knowledge from the dead through necromancy, seance, and divination. It is also useful for promoting change, unblocking stymied situations, and hallowing things.

It can be used to bless, in both positive and negative sense. A negative blessing is simply an injunction against dark forces, much like the Orthodox “God save you from all demons.” But it can also be used to invoke positive forces. In both cases there is a link to the dead who have positive or negative wisdom for and intentions toward us. It is good for understanding great changes, anything to do with ancestors (apart from inheritance), traveling in safety, and immigration.

Raidho is not only a rune of travel but also rules over the cosmic laws of Right and Order. It is useful for legal matters, especially when you have been unjustly accused and need to bring those forces of Right to bear on the issue. Safe and comfortable travel.

When one sits in one’s home
everything looks so easy;
talk is easier than action.
To walk in another’s shoes
and do better,
that is a most difficult task. 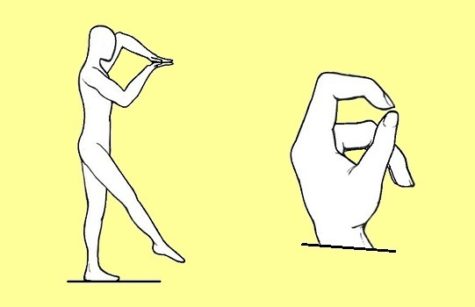 Standing with the left arm bent at the elbow and the left hand palm up. The right arm is bent at the shoulder with the right palm down. The two hands meet in the middle. The right leg extends out and down at an angle. Look to the east or to the south.

Because the traditional position seems almost impossible to accomplish, here is a much more comfortable variation. Stand up, with the left arm bent at the elbow and the palm on the hip. The left leg has to be tilted outwards, without  touching the ground; the right arm should be firmly attached to the side. Look to the south. As shown in the small pic, your body will resemble the letter R.