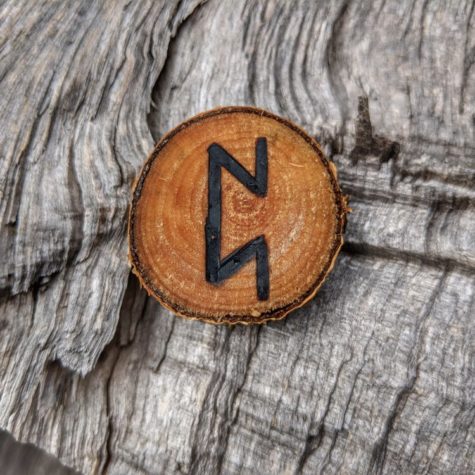 It opens or provides a barrier to the dark forces including the realms of the dead. It confronts us with our weaknesses, our failures, and our regrets. It makes us deal with the question of what we would do if we died now. It is therefore a useful rune of test and attack.

Perthro is a rune of time and change. It rules over secrets and things hidden and is also allied with karmic energies. Evolving your magickal ideas. Use when dealing with investments or speculation. Use for finding lost things. To promote good mental health in healing.

Perception of fate/destiny/karma. Divination. Placing runic forces into the stream of cause and effect. To evolve ideas or events as a magical act.

In the shelter of the world tree
many great halls have been built.
So that all peoples can go
to be with their patron deity
according to the rules of their faith.
No one can be excluded from the protection of the Tree
save those who exclude themselves
by evil deeds.