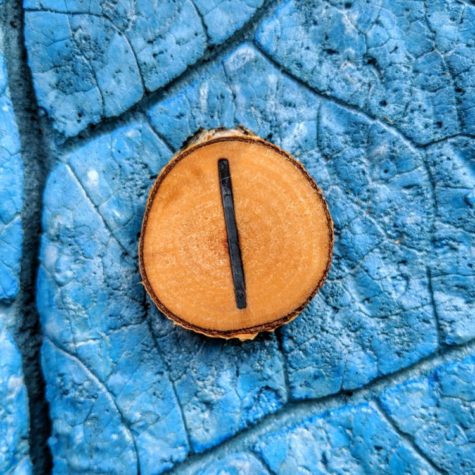 Representative of masculinity, of authority, delineation and circumcision. Also represents a circumcision of action through the weather. Anything to do with authority. It is also good for dealing with conflict, and for magically gathering allies [who must be your equals, or nearly so]. It can also uncover enemies.

The Isa rune rules the forces of inertia and entropy. It is also a symbol of the ego. To “freeze” a situation as it is. Development of will. Halting of unwanted forces.

Development of concentration and will. Constriction, halting of unwanted dynamic forces. Basic ego integration within a balanced multiversal system. Power of control and constraint over other beings.

Ice driven back by fire;
mists of crashing cosmic forces.
A space for the nine worlds was created
along with the body (ice)
and the energies (fire). 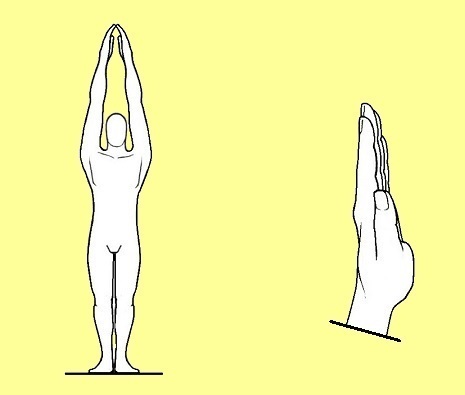 Stand up, with arms raised straight above the head and palms joined.

Alternatively, you can stand up, with your arms pressed against your sides, as shown below. The alternative stance seems to me to be more in keeping with the meaning of the rune itself. Use whichever one feels best to you.