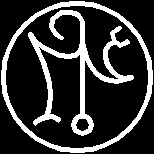 The Third Name is MARUTUKKU

Master of the Arts of Protection, chained the Mad God at the Battle. Sealed the Ancient Ones in the Caves, behind the Gates. Possesses the ARRA star.

To be used especially when performing any occult ceremony in which there is danger, such as the invocation of demonic forces. The ARRA star is a five-pointed Pentagram, and is the universal symbol of protection. Protects the soul as well as the body.

Promote Your Page Too
Breadcrumbs
A trail of breadcrumbs in case you lose your way... Sigils Symbols and Signs > Newest Symbols > Necronomicon Symbols > Marutukku