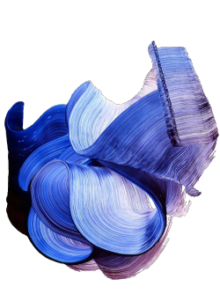 Symbolic meanings of the color Blue:

Blue is the color of the Heavens and is related to the fifth Chakra. Blue is traditionally worn by the Virgin Mary, the very embodiment of all the qualities described above. Whereas the reds, oranges and yellows carry with them a carnival atmosphere, blue is more sober, even somber despite its many variations. 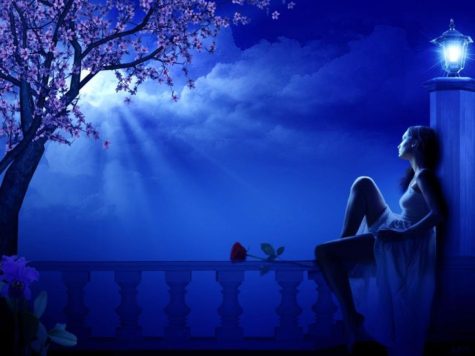 If we’re “feeling blue” then we’re depressed or melancholy. And yet the bluebird is a universal symbol for happiness. The color has even given its name to a rich vein of music. The “blues” actually refers to “blue notes.” These are notes, either sung or played, that are pitched down a little for expressive purposes. An example is Billie Holiday’s heartbreaking rendition of “Strange Fruit.”

There’s something cool and detached about blue that gives rise to its reputation for spirituality and chastity. Above all blue is the color of the sky. Like the sky, blue is infinitely spacious. It contains everything, and yet contains nothing. The color is therefore associated with ideas of eternity.

In Jewish tradition the city of Luz, where the Immortals live, is also called The Blue City. Similarly, the mythical sacred mountain of the Hindus, Mount Meru, is constructed entirely of sapphire on its southern face and it’s this that is said to tinge the skies with blue.

To put any color out of context can have an alienating and often frightening effect. Knowing this, early British warriors daubed themselves in woad. These blue-skinned savages must have been an alarming sight for Roman soldiers.

To do something “once in a blue moon” is to do it very rarely. The phrase refers to the appearance of a second full moon within a calendar month, which actually happens about every thirty-two months.

Members of the aristocracy or the royalty are described as having “blue blood,” but why? The phrase originated with the Spanish, sangre azul, and refers to the pale-skinned Castilian ruling classes who prided themselves on never having interbred with darker-skinned races. Therefore, their blue veinous blood was plainly visible underneath the surface of their skin. There’s even a particular shade of blue that is meant to represent this color, called Royal Blue. 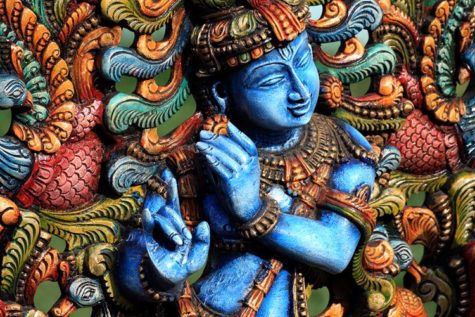 Blue is one aspect of the Hindu legend of Krishna that has remain unchanged through time and geography. We look at what this “blue magic” is all about, and why even Krishna’s sworn enemies were irresistibly drawn to it.

Blue is the color of all-inclusiveness. You will see in the existence, anything that is vast and beyond your perception generally tends to be blue, whether it is the ocean or the sky. Anything which is larger than your perception tends to be blue because blue is the basis of all-inclusiveness. It is based on this that so many gods in India are shown as blue-skinned. Shiva has a blue skin, Krishna has a blue skin, Rama has a blue skin. It is not that their skin was blue. They were referred to as blue gods because they had a blue aura. 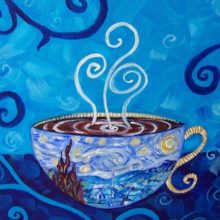 Other meanings associated with the color blue: