The Symbolism of Color 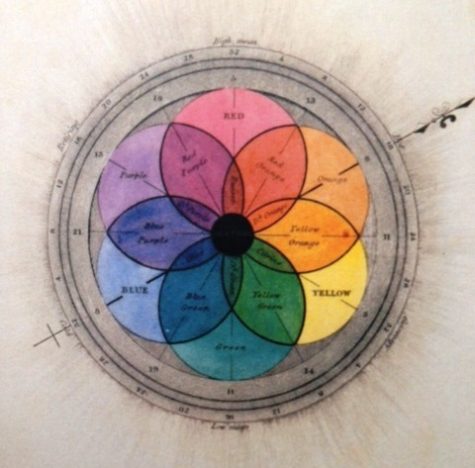 Colors are proven to have a profound effect on the human psyche and on our moods. They resonate with the elements, the directions, the seasons, the planets and astrological signs as well as holding huge significance in their own right.

Colors, and particular shades of them, confer an immediate identity and make a strong statement. For example, in the green, purple, and white of the Suffragettes:

Or the red and white stripes of the old fashioned barber’s pole:

Territories use colors to represent them in their flags. Sometimes the reasons behind these colors have unexpected origins, such as the bright orange that is so strongly linked to the Netherlands. (see Orange)

The simple colors used by children generally represent the most elemental meanings:

The seven colors of the rainbow – which break down into 700 shades that are visible to the naked eye – are associated with the seven planets, the days of the week, the Seven Heavens, the seven main Chakras, and the seven notes of the musical scale.

Prior to the development of chemical dyes, the creation of colors that did not fade in the Sun or wash away was a combination of art, science, and magic, akin to an alchemical process. The Imperial Purple of Rome was produced from a mollusk that was valued more highly than gold. The impact of the Sun shining through stained glass, painting the interiors of churches with living colors that shimmered and danced, in a medieval world where color was often a privilege of the wealthy few, can only be imagined.

From: Element Encyclopedia of Secret Signs and Symbols