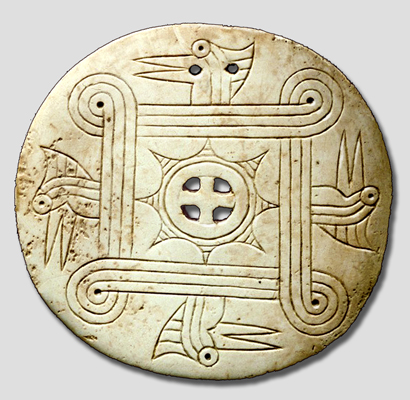 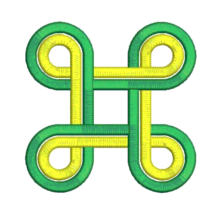 The looped square (⌘) is a symbol consisting of a square with outward pointing loops at its corners. Also called a Shield Knot, it is a universal symbol of protection, seen in all cultures around the world.

Although it takes different forms, the distinctive features that make it a powerful protecting charm are the square shape and the interlacing pattern.

One of the earliest known forms is from Mesopotamia and simply consists of a square with a loop at each corner. The same symbol appears in the Kabbalah as the “Shema,” used to invoke the four Archangels

It can also represent:

This ancient symbol belongs to a class of symbols which are called valknute in Norway. It goes by many names and has many different variations. The looped knot is used by several cultures, and remains in common use today.

In Finland, the symbol was painted or carved on houses and barns, and domestic utensils such as tableware, to protect them and their owners from evil spirits and bad luck. The symbol appears on a number of old objects in Northern Europe. It features prominently on a picture stone from Hablingbo, Gotland, Sweden, that was created between 400 and 600 AD. 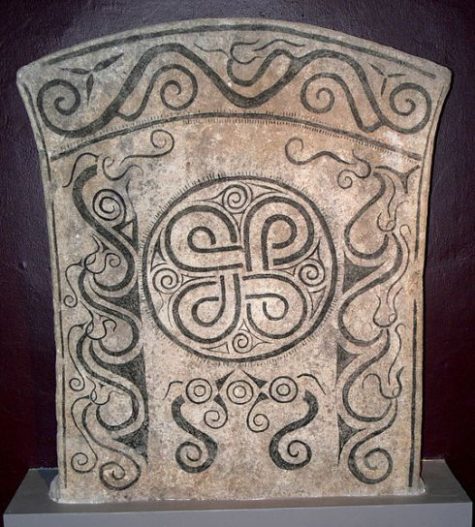 In modern times, the symbol is commonly found in Ukraine, Belarus, Denmark, Estonia, Finland, Germany, Iceland, Latvia, Lithuania, Norway, and Sweden as an indicator of locations of cultural interest, beginning in the Scandinavian countries in the late 1960s. It is used as the place of interest marker on information signs and maps, a practice which started in Nordic countries in the late 1960s.

In Sweden, you might call it the sankthanskors symbol. There has been modern speculation that it was chosen for its resemblance to an aerial view of Borgholm Castle; however, the symbol is well-represented in Scandinavian artifacts that predate the current castle by centuries. 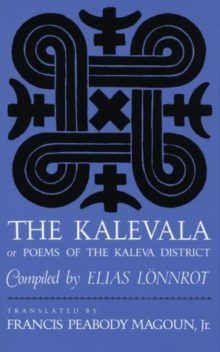 This symbol was also featured on the cover of a printing of The Kalevala, and is sometimes referred to as the Kalevala Symbol. The Kalevala or The Kalewala is a 19th-century work of epic poetry compiled by Elias Lönnrot from Karelian and Finnish oral folklore and mythology.

It is regarded as the national epic of Karelia and Finland and is one of the most significant works of Finnish literature. The Kalevala played an instrumental role in the development of the Finnish national identity, the intensification of Finland’s language strife and the growing sense of nationality that ultimately led to Finland’s independence from Russia in 1917. Kalevala Day is celebrated in Finland on February 28.

The Cox Mound Gorget, is a similar symbol which played a major role in the lives of Tennessee, Mississippi, and Alabama inhabitants as early as 1250 A.D. It has quite an interesting history, and has it’s own separate page here: The Cox Mound Gorget.

When the symbol is made with a rope, it is known as a Bowen knot. This is a traditional heraldic emblem also sometimes called a Shield Knot. The Bowen knot is a heraldic knot for the Bowen family crest.

Other names for this symbol include:

Today, you might know it as the “Apple command key” symbol. From its obscure Scandinavian roots, the Saint John’s Arms, or Looped Square vaulted into international fame during the 80s. Originally Apple computer utilized the “open apple” and “closed apple” as its command keys.

In 1984, when the Macintosh personal computer was introduced, Steve Jobs decided that using the apple for shortcut commands was denigrating the brand. According to Apple insider Andy Hertzfeld, when Jobs saw how many apple commands were in an early version of MacDraw he peremptorily told the design team, “There are too many Apples on the screen! It’s ridiculous! We’re taking the Apple logo in vain! We’ve got to stop doing that!” 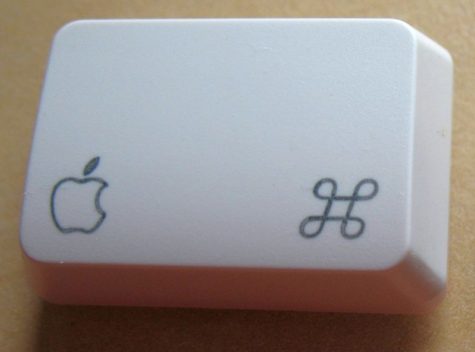 The bitmap artist, Susan Kare, flipped through her dictionary of international symbols until she found one that easily translated into 16 bit-resolution. It was the looped square symbol—which the symbol dictionary said indicated camping grounds in Sweden.