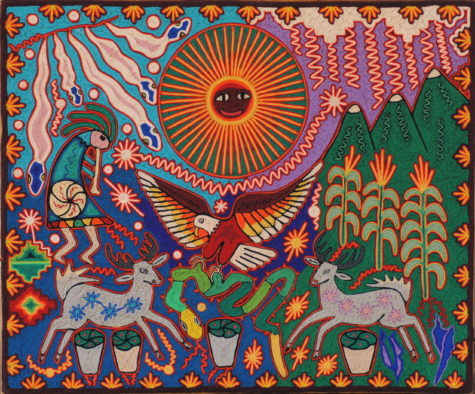 Antlers from elk and deer are not used. Mountain sheep horn, buffalo parts, and antelope horn are used in rituals and ceremonies. Navajos can use mountain lion skin and a few feathers. The eagle’s feather is the most important feather that is used by the Navajos. Most feathers from other birds are prohibited. All water animals can be found in Navajo taboos. Snakes are associated with lightning and rain.

While bear claws are commonly warned for their talisman’s power by almost all Native Americans, Navajos avoid any parts of the bear. Some of the taboos associated with bears are probably due to their rather human appearance when they are standing straight up. Bears are also the main figure in an important Navajo ceremony, the Mountain Way. The bear taboos have a common theme. If a human being mimics a wild animal, he will become like that animal. In the case of bears, the taboo is more powerful because of the human-like resemblance of the bears. Also, because bears are one of the were animals associated with witchcraft.

Since their introduction, cattle sheep, and horses have always been important to the economy and lifestyle of the Navajo. Large herds of mustangs roam the Navajo reservation and eat the grass that could have been used for sheep and cattle.. However, the Navajos do not consider these animals worthless and they will not consider the disposal of some of these animals. Navajo take good care of their livestock. There was a time in the history of the Navajo that a man’s wealth was measured by how many horses he owned. The Navajos were well known across the Southwest due to their excellent horsemanship skills.