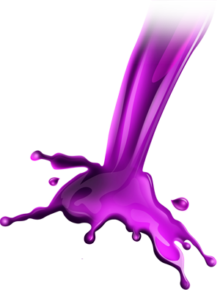 Symbolic Meanings of the Color Purple:

Purple (and also indigo) is the color associated with the sixth chakra. The sixth chakra, Ajna, is in the area of the third eye, which is found in the space between the eyebrows. This is your center of intuition.

Since it was first discovered, purple has been the color of choice to denote wealth and power. Emperors, kings, and the more powerful members of the clergy – such as bishops – choose the color as a way of defining their status. This is because the dye itself was originally available from one source and one source only; the secretions of a certain gland of an unfortunate sea snail called the Murex Brandaris. 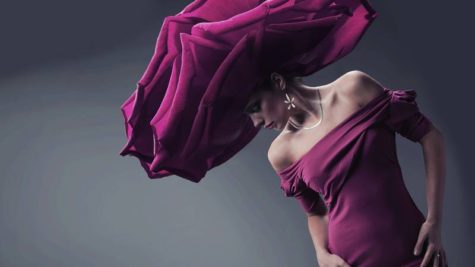 Therefore, purple was extremely costly to produce and strictly the color of those who could afford it, since the dye itself was more expensive even than gold. The most popular shade of the color is called Tyrian Purple ( named for the city of Tyre, where it was manufactured).

Heracles’ dog, which had a predilection for snacking on the snails he found along the seashore, is credited with having discovered the dye after his owner noticed the purple staining around his mouth. It is likely, however, that the Minoans on Crete discovered the purple pigment quite some time before Heracles’ dog trotted into the picture.

If the theory of the Minoan discovery is true then the rare purple dye has been with us for at least 3500 years, so its associations with all things glorious and splendid are well embedded into the human psyche even with the advent of synthetic dye alternatives.

It is said that purple was a favorite color of Cleopatra. It has continued to be a color associated with royalty, and with high honor, such as the purple heart awarded American soldiers wounded or killed in war. Obviously, purple is a very special color. That is also true in feng shui. In feng shui, there is one color that is suitable in any direction. That color is purple.

Other meanings associated with the color purple:

Symbolic Meanings of the Color Violet:

The color violet has long been associated with spirituality. Having the highest frequency in the visible spectrum, violet is at the point of transition to the next octave of light. To the ancients, this transcendental color was a spiritual rather than a physical phenomenon.

There are many shades of violet ranging from ethereal pale shades through to the darker mauve, considered the only color acceptable as a relief from the relentless strict mourning convention of black and gray in Victorian times.

The humble qualities of violet as a color come from the flower. The tiny violet grows close to the ground, hidden modestly in among the grass, yet noticeable because of its striking color. 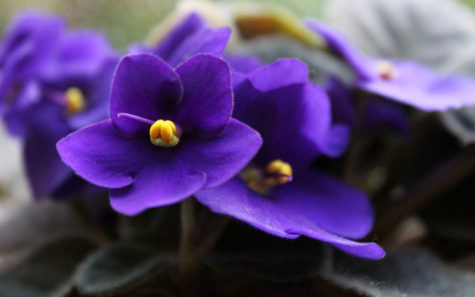 Violet is often worn by people predisposed toward psychic matters, and is the perfect symbol of the “higher” mind, combining as it does the earthy, fieriness of red with the cool reasonableness of blue to forge an entirely different hue. It is the association with the Crown Chakra, which is located at the crown position at the top of the head, that gives violet the power to connect with the world of spirit.

Violet is a combination of red and blue, and its association with temperance is indicated in some Tarot suits. Temperance is the 14th card of the Major Arcana and is depicted by a woman holding a jug or vase in either hand, one red, one blue, pouring a clear liquid from one to the other.

If you find the distinctions between Violet, Purple, and Magenta confusing, this graphic should help: 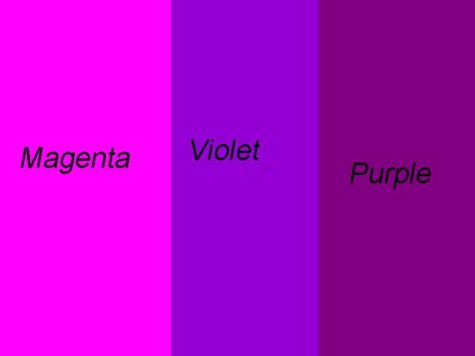