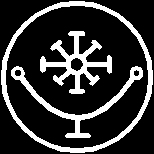 The Twenty-Sixth Name is ENBILULUGUGAL.

The Power that presides over all growth, and all that grows. Gives knowledge of cultivation, and can supply a starving city with food for thirteen moons in one moon. A most noble Power. His Word is AGGHA.

Promote Your Page Too
Breadcrumbs
A trail of breadcrumbs in case you lose your way... Sigils Symbols and Signs > Newest Symbols > Necronomicon Symbols > Enbilulugugal