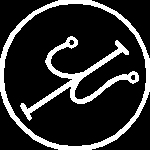 The Forty-Eighth Name is ASHARRU.

Knower of the Treacherous Ways. Gives intelligence of the Future and also of things Past. Put the Gods in their courses and determined their cycles. His Word is BAXTANDABAL.

Gives information, but does not act on commands. An excellent Spirit to invoke before doing a card-reading or asking any question about the future. Has an uncanny way of getting to the heart of any matter put before him.