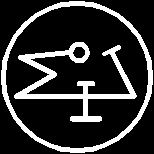 The Watcher of the IGIGI and the ANNUNAKI. Sub-Commander of the Wind Demons. He will put to flight any maskim who haunt thee, and the foe of the rabisu. None may pass into the World Above or the World Below without his knowledge. His word is BANRABISHU.

A good Spirit for warding off feelings of aggravation and irritation, as well as the gnawing feelings of dread that sometimes come in the wee hours of the morning, when you feel lost and alone. Merely the pronunciation of the Word BANRABISHU at these times is sufficient to dispel most of these negative emotions. To be said with force and strength in the four directions.

Promote Your Page Too
Breadcrumbs
A trail of breadcrumbs in case you lose your way... Sigils Symbols and Signs > Newest Symbols > Necronomicon Symbols > Nariluggaldimmerankia