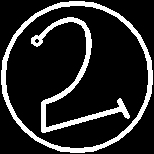 The Twentieth Name is SUHRIM.

Seeks out the Worshipers of the Ancient Ones wherever they may be. The Priest who sends him on an errand does so at terrible risk, for SUHRIM kills easily, and without thought. His Word is MASSHANGERGAL.

Promote Your Page Too
Breadcrumbs
A trail of breadcrumbs in case you lose your way... Sigils Symbols and Signs > Newest Symbols > Necronomicon Symbols > Suhrim