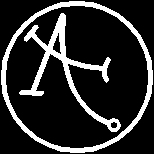 The Thirtieth Name is GIL.

The Furnisher of Seed. The Beloved of ISHTAR, his Power is mysterious and quite ancient. Makes the barley to grow and the women to give birth. Makes potent the impotent. His Word is AGGABAL.

Promote Your Page Too
Breadcrumbs
A trail of breadcrumbs in case you lose your way... Sigils Symbols and Signs > Newest Symbols > Necronomicon Symbols > Gil