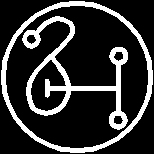 The Twenty-Second Name is ZAHRIM.

Slew ten thousand of the Hordes in the Battle. A Warrior among Warriors. Can destroy and entire army if the Priest so desires. His Word is MASHSHAGARANNU.

Promote Your Page Too
Breadcrumbs
A trail of breadcrumbs in case you lose your way... Sigils Symbols and Signs > Newest Symbols > Necronomicon Symbols > Zahrim