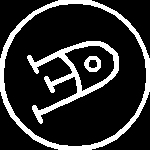 The Forty-Third Name is IRKINGU

This is the Power that laid capture to the Commander of the forces of the Ancient Ones, KINGU, Mighty Demon, that MARDUK might lay hold of him and, with its blood, create the Race of Men and seal the Covenant. His Word is BARERIMU.

This Spirit can also give knowledge of past lives and incarnations, because it was there at the time of the creation of the human race, and knows of its origins through the Blood and how the Demon KINGU was captured. When invoking this Spirit, meditate for awhile quietly before you close the circle, looking meanwhile into a smooth polished surface like a mirror or a crystal ball, and various images will arise that will tell you what you wish to know.

Promote Your Page Too
Breadcrumbs
A trail of breadcrumbs in case you lose your way... Sigils Symbols and Signs > Newest Symbols > Necronomicon Symbols > Irkingu