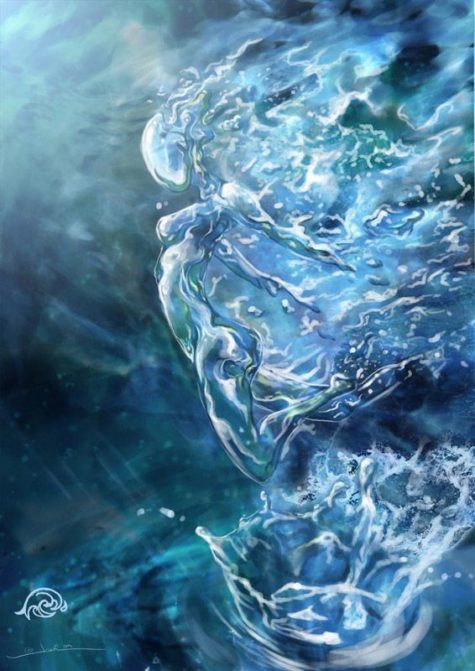 Undines are water elementals, and as such, spirits of the water world. First named in the alchemical writings of Paracelsus. Undines are almost invariably depicted as being female. They are said to protect our water. As a water elemental, the Undines’ domain are the oceans, seas, rivers, lakes, ponds, water and all it encompasses. There are theories that say undines are present in every drop of water. We could say an Undine is a personification of water, that they are the energies of water. Many schools of thought liken Undines to sprites, nymphs and mermaids.

There are many groups of undines. Some inhabit waterfalls, where they can be seen in the spray; others are indigenous to swiftly moving rivers; some have their habitat in dripping, oozing fens or marshes; while other groups dwell in clear mountain lakes. According to the philosophers of antiquity, every fountain had its nymph; every ocean wave its oceanid. The water spirits were known under such names as oreades, nereides, limoniades, naiades, water sprites, sea maids, mermaids, and potamides. Often the water nymphs derived their names from the streams, lakes, or seas in which they dwelt.

In describing them, the ancients agreed on certain salient features. In general, nearly all the undines closely resembled human beings in appearance and size, though the ones inhabiting small streams and fountains were of correspondingly lesser proportions. It was believed that these water spirits were occasionally capable of assuming the appearance of normal human beings and actually associating with men and women.

There are many legends about these spirits and their adoption by the families of fishermen, but in nearly every case the undines heard the call of the waters and returned to the realm of Neptune, the King of the Sea. 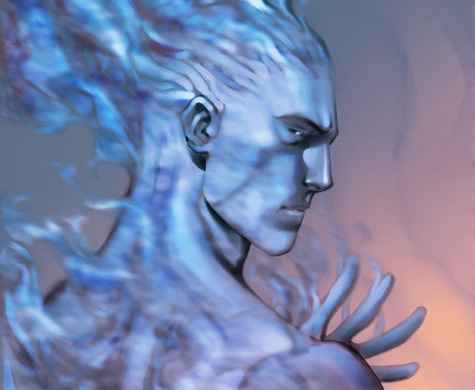 Practically nothing is known concerning the male undines. The water spirits did not establish homes in the same way that the gnomes did, but lived in coral caves under the ocean or among the reeds growing on the banks of rivers or the shores of lakes.

Among the Celts there is a legend to the effect that Ireland was peopled, before the coming of its present inhabitants, by a strange race of semi-divine creatures; with the coming of the modem Celts they retired into the marshes and fens, where they remain even to this day. Diminutive undines lived under lily pads and in little houses of moss sprayed by waterfalls.

The undines worked with the vital essences and liquids in plants, animals, and human beings, and were present in everything containing water. When seen, the undines generally resembled the goddesses of Greek statuary. They rose from the water draped in mist and could not exist very long apart from it.

There are many families of undines, each with its peculiar limitations, it is impossible to consider them here in detail. Their ruler, Necksa, they love and honor, and serve untiringly. Their temperament is said to be vital, and to them has been given as their throne the western corner of creation.

They are rather emotional beings, friendly to human life and fond of serving mankind. They are sometimes pictured riding on dolphins or other great fish and seem to have a special love of flowers and plants, which they serve almost as devotedly and intelligently as the gnomes. Ancient poets have said that the songs of the undines were heard in the West Wind and that their lives were consecrated to the beautifying of the material earth.”

In medieval times the conjuration and exorcism of elementary spirits was practiced extensively, the crystal being a preferred mean of evoking them. In every instance, a special consecration of the four elements was a principal and essential part of the ceremonial procedures. 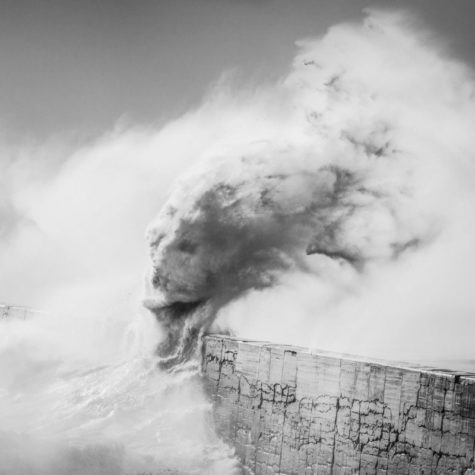 Undine origins may be best traced back to ancient Greece wherein mythology cites a clan of nymphs called Oceanides who claimed the waters of the world as their home. These beings were the daughters of Titan and his wife Tethys. Their presence in the oceans was legendary among seafarers. Mostly beneficent, Oceanides would aid water-travelers in navigation and provide safe sea-ways.

In European lore, Undines are fabled to be the wandering spirits of love-lorn women. I imagine their tears of sorrow composed the salty seas as they wept, having lost at love. Tales indicate these female spirits are enchantingly beautiful. They are reputed to be relatively benign, but like any decent spirit they’ve got a temper when crossed.

Undines, (like their elemental kin: Salamanders, Sylphs and Gnomes) unite within their medium to form a impenetrable energetic bond. Thusly, nature-based belief systems may pay homage to the Undine as the embodiment of water itself. When we hear the term “Guardians of the Watchtowers” Undines would be the guardians of the water, and so communication in this arena would be directed to their kind. 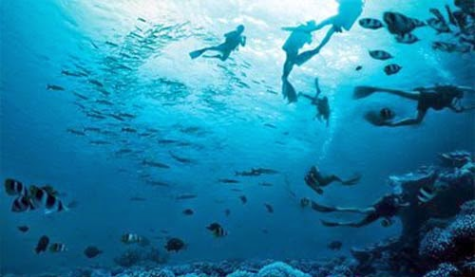 The undine, or undine-like creatures, are not limited to just one mythology. They are found in Greek, Irish, Scottish, Russian, Norse, and German stories.

Although resembling humans in form, they lack a human soul, so to achieve immortality they must acquire one by marrying a human. Such a union is not without risk for the man, because if he is unfaithful, then he is fated to die.

One German folktale tells the story of a young man who is caught in a storm and seeking shelter. He finds the cottage of a sweet elderly couple who live by the river. They have a beautiful daughter who is wild and tempestuous — and incredibly enticing for this young man. She is an Undine, though the human man does not yet know it, and her elderly father is King of the Watery Realm.

The old man gives the traveler permission to marry his daughter and take her to his kingdom, but on the condition that he treat her well. Should he forget that promise, he would lose his wife forever.

They marry and the Undine gives birth to a son soon thereafter. Now in possession of a human soul, the nymph loses her wildness and becomes a demure, polite housewife — which, in turn, causes her husband to be bored of her. Not even her devastating beauty keeps her husband from straying.

Once her husband betrays her, the Undine returns to her watery kingdom and warns him that if he should ever fall asleep, she would steal his breath. And of course, unable to stay awake, the man ultimately pays for cheating.

There are many different versions of this story, some of which have made their way to operas, novels, and films. 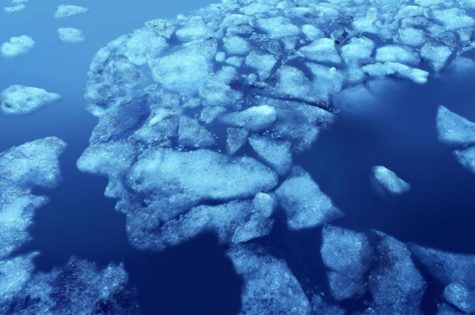 Something To Think About

“We never know the worth of water till the well is dry.”
~Thomas Fuller

I’m of a mind to say these beings intertwine their energy in mass to actually produce the element of water. Just as molecules cling and weave together to form bodies of mass – so too might the Undines unite their energies in a grand matrix that IS water.

Would that mean when we drink a glass of water, we are actually consuming Undines? Would we be more aware and honorable in our use of water if we knew we were interacting with beings possessing real feelings, thoughts and human-like aspects? I don’t know, but it’s something to consider.

Indeed, when these concepts came to me, I became more mindful about water and my consumption of it. This perspective put an actual face on water. Water ceased to be some object at my disposal. Rather, water became a community of personalities and intelligence to which my respect is due.

Give this thought process a try for yourself. Consider your interaction with water as you would interact with a close friend. Doing this really opened up floodgates of tremendous insights and poignant discoveries for me. I wonder if you will have similar experiences of psychic cleansing and breakthrough. 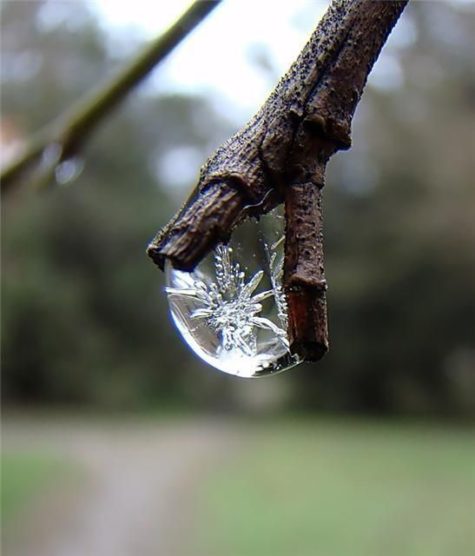 A resource for your consideration as you swim in the energy of the Undine might be Masaru Emoto’s book, The Hidden Messages in Water. Emoto’s research visually captured the structure of water at the moment of freezing, and through high-speed photography he shows the direct consequences of destructive thoughts and the thoughts of love and appreciation of the formation of water crystals. The revelation that our thoughts can influence water has profound implications for our health and the well-being of the planet.

Masaru Emoto contends (and indeed, has evidence) that water responds to external influence such as human suggestion. His research supports the idea of personality and intelligence indwelling water.

Promote Your Page Too
Bread Crumbs
A trail of bread crumbs just in case you lose your way exploring your higher power. Site News > The Powers That Be > What’s New > Nature Spirits > The Undines