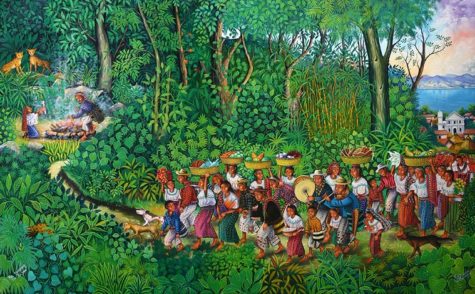 Just a few minutes walk from the church of Santo Tomás in the center of Chichicastenango, there is a wooded hill. Atop this hill is an ancient rock with a carved face, known all over Guatemala as Pascual Abaj (Sacrifice Stone). This stone-faced idol, a shrine to the Maya earth god Huyup Tak’ah (Mountain Plain), stands amid a circle of squat stone crosses in a clearing. Said to be hundreds – perhaps thousands – of years old, it has suffered numerous indignities at the hands of outsiders, but local people still revere it.

Daily there are Maya priests and priestesses performing ceremonies there. People come there for all sorts of things: to bless a marriage, to pray for a good harvest or to give thanks for a good harvest, or to remedy a problem such as preventing thieves from stealing your corn. The rites are conducted by the aj’itz (maya priests). 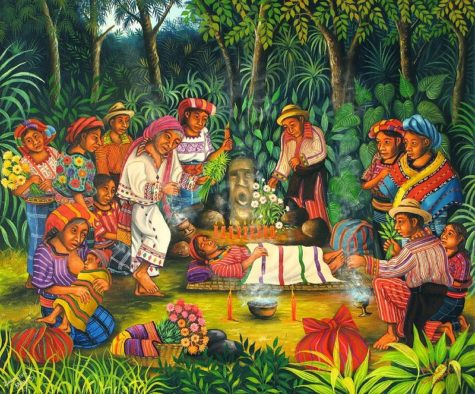 Pascual Abaj (alternatively written Pascual Ab’aj) is a pre-Columbian Maya idol at Chichicastenango that survived the Spanish conquest of Guatemala and which is still venerated by the local community. It is the best-known example of such an image or shrine to the Maya earth god Huyup Tak’ah.

After the Spanish conquest, the stone figure is said to have been carried away from a site in the village of Chichicastenango and reset upon the hill so offerings could be made away from the vigilance of the Catholic Church and the Spanish colonists. 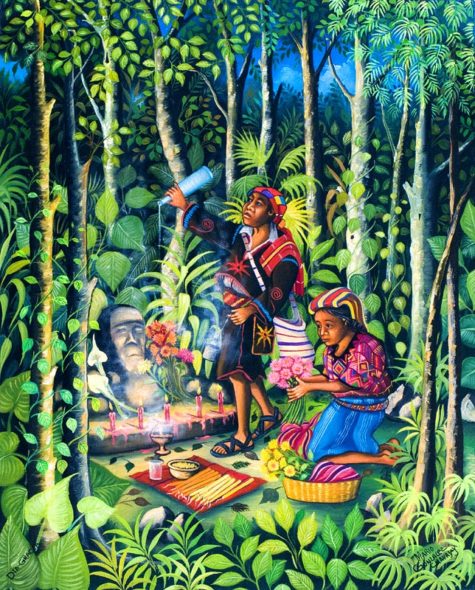 The image was badly damaged in the 1950s by members of Catholic Action. Before it was defaced, the statue was described as a grotesque human figure with a large head and high, pointed forehead. It had two circular earspools in line with its mouth; its arms were crossed on its chest, with the fingers extended. A cord was sculpted around its waist, to which was attached the image of an inverted severed human head. It stood approximately 1 metre (3.3 ft) high. An observer in the 1950s noted that the figure appeared to have been buried sometime in the past. 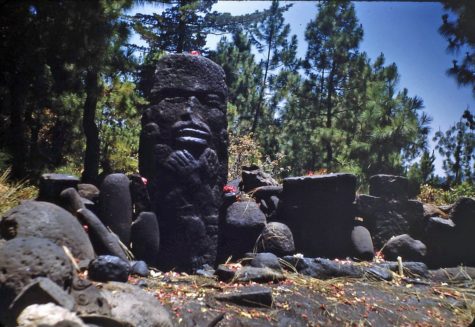 Traditional Maya shamans regularly perform ceremonies at the shrine, by day and night. The statue is set upon a small altar surrounded by offerings, which include pine branches, crosses, flowers, copal resin, and items crafted from stone. The shrine has now become a popular tourist attraction where visitors witness traditional Maya ceremonies. 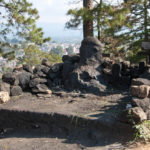 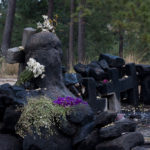 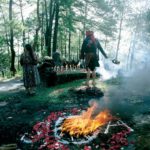 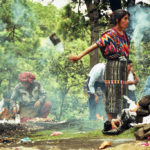 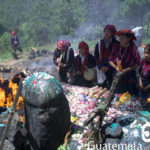 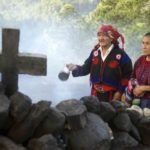 Promote Your Page Too
Bread Crumbs
A trail of bread crumbs just in case you lose your way exploring your higher power. Site News > The Powers That Be > What’s New > Mayan Gods and Heroes > Pascual Abaj