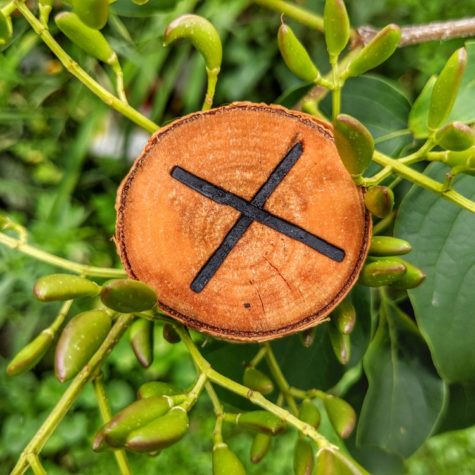 Propitiation; removal of a curse (or karmic debt) through a sacrifice which brings with it right intention and action. A sign under which gifts can be made to the gods. Of Odin’s eighteen runes, the last is secret. It could be the secret of sacrifice.

Gebo (or Gifu) is the rune of partnerships in all realms. It contains the power to integrate the energies of two or more people in order to produce a force that is greater than the sum total of their individual parts. It is the primary rune of sex magick. Love and sex magick. Increase magickal powers. Anything to do with partnerships. Mental and physical equilibrium.

The giver and the giftee
form a circle of obligation.
As these are the bonds
which form true community.
Tho one can give too much
and receive that which one doesn’t want. 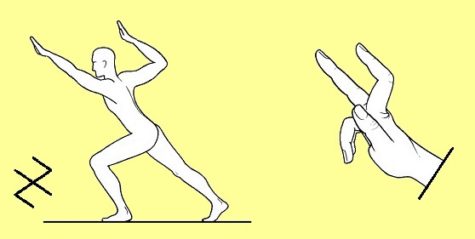 The traditional posture calls for the left arm and right leg to be extended in matching 45° angles, placing the body at a slant. The right arm is bent at the elbow with the fingers and hand pointing upward, and the left leg is bent at the knee, stabilizing the body. This posture is based on a slightly different rune shape, which can be seen on the left side of the figure. 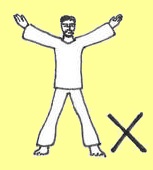 An alternative posture based on the more familiar form of Kenaz is as follows:

Stand up with legs spread, feet straight and knees firm. Extend the arms at an angle that forms the X, with the hands directly above the feet.