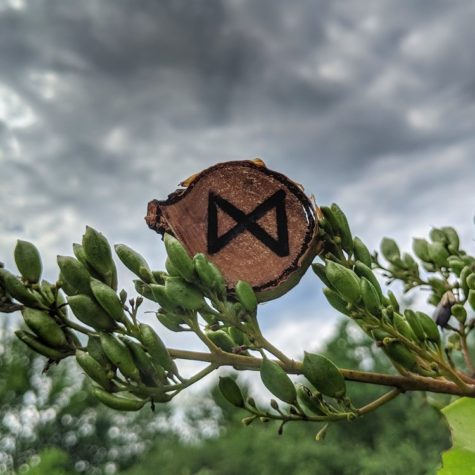 It is a good luck charm, and can also be used to advance one’s station in life. It is helpful for spiritual advancement and understanding. It is an expression of universal love. Symbol of day, daylight and the powers of life: powers which exceed human control, structuring things by their own right, yet human-oriented.

Dagaz (or Daeg) is the rune of the New Day. It symbolizes the feelings embodied in the expression “Today is the first day of the rest of your life”. It is particularly good for fresh starts in any endeavor. Good for financial increase. To change an attitude, either yours or someone else’s. New beginnings.

We shine in the light of the deities.
Tho day is followed by night;
life by death,
we know that after night comes a new day.
So death is followed by new life
in whatever way that arises.