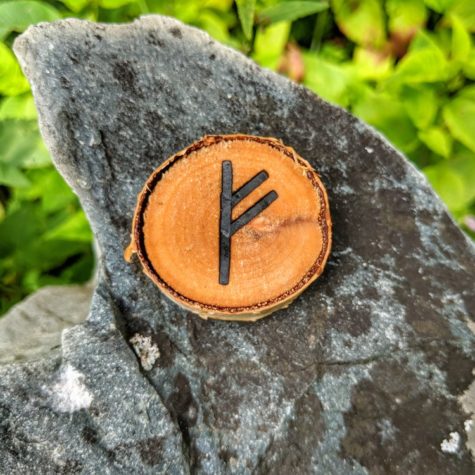 This rune provides success, advancement in career, a turnabout in luck for those in difficulty. The good luck it provides is not permanent, but a single event or a short period of good fortune. After that the charm must be renewed, not only magically but through an act of binding or connection in the social sense. This act can be a gift to charity, help to another, or some other action to like oneself to a social order. This rune is good for areas of money, friendliness, and gaining merit. Fehu is a sign of hope and plenty, success and happiness, but also the responsibilities of those at the top and a social binding at all levels.

This is the sending rune. Use it to send either your energy or the energy of the runes out into the formative spheres.

It is the power of generation at its most basic level. Its energies are totally wild and very useful for magick involving swift, radical changes. To hasten affairs to their next stage use after the “subject ” rune in your runescript. To increase monetary wealth. Protection of valuables.

Strengthens psychic powers. Channel for power transference or projection; the sending rune. Drawing the projected power of the sun, moon, and stars into the personal sphere. Promotion of personal and social evolution.Increase in monetary wealth.

Remember “Fi Fi Fo Fum” from the Jack in the Beanstalk fairy tale? It can be used in conjunction with the symbol, or chanted while visualizing the symbol. The symbol can be etched into a candle while intoning the chant, and then, as the candle burns, the spell is released and sent.

Wealth should flow, constantly circulating
to promote the common good.
Sellers, buyers, investors, and the taxing authorities
portion out between them
the incomes of the folk.
Money sitting idle causes only harm. 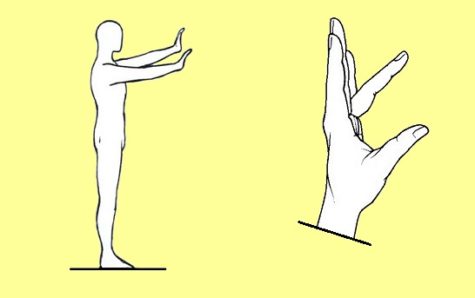