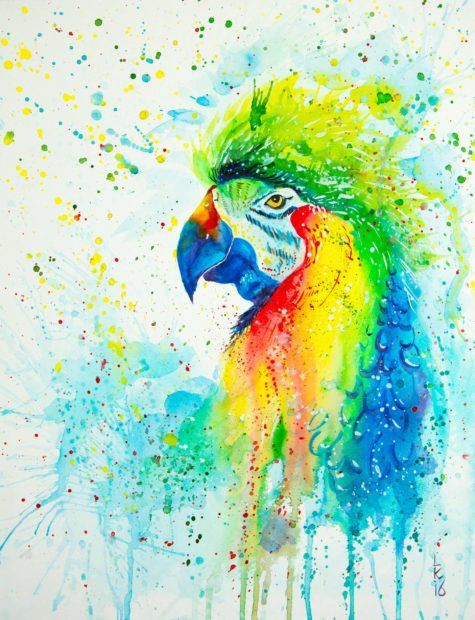 This was when there was just a trace of early dawn on the face of the earth, there was no sun. But there was one who magnified himself; Seven Macaw is his name. The sky-earth was already there, but the face of the sun-moon was clouded over. Even so, it is said that his light provided a sign for the people who were flooded. He was like a person of genius in his being.

“I am great. My place is now higher than that of the human work, the human design. I am their sun and I am their light, and I am also their months.

“So be it: my light is great. I am the walkway and I am the foothold of the people, because my eyes are of metal. My teeth just glitter with jewels, and turquoise as well; they stand out blue with stones like the face of the sky.

“And this nose of mine shines white into the distance like the moon. Since my nest is metal, it lights up the face of the earth. When I come forth before my nest, I am like the sun and moon for those who are born in the light, begotten in the light. It must be so, because my face reaches into the distance,” says Seven Macaw.

It is not true that he is the sun, this Seven Macaw, yet he magnifies himself, his wings, his metal. But the scope of his face lies right around his own perch; his face does not reach everywhere beneath the sky. The faces of the sun, moon, and stars are not yet visible, it has not yet dawned.

And so Seven Macaw puffs himself up as the days and the months, though the light of the sun and moon has not yet clarified. He only wished for surpassing greatness.

This was when the flood was worked upon the manikins, woodcarvings.

Promote Your Page Too
Bread Crumbs
A trail of bread crumbs, just in case you get lost in the widdershins ... Widdershins > Blog Page > Myths and Legends > The Seven Macaw