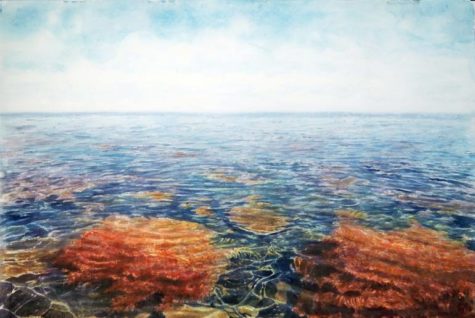 Now it still ripples, now it still murmurs, ripples, it still sighs, still hums, and it is empty under the sky. Here follow the first words, the first eloquence:  There is not yet one person, one animal, bird, fish, crab, tree, rock, hollow, canyon, meadow, forest.

Only the sky alone is there; the face of the earth is not clear. Only the sea alone is pooled under all the sky; there is nothing whatever gathered together. It is at rest; not a single thing stirs. It is held back, kept at rest under the sky. Whatever there is that might be is simply not there: only the pooled water, only the calm sea, only it alone is pooled.

Whatever might be is simply not there: only murmurs, ripples, in the dark, in the night. Only the Maker, Modeler alone, Sovereign Plumed Serpent, the Bearers, Begetters are in the water, a glittering light. They are there, they are enclosed in quetzal feathers, in blue-green. Thus the name, “Plumed Serpent.” They are great knowers, great thinkers in their very being.

And of course there is the sky, and there is also the Heart of Sky. This is the name of the god, as it is spoken. 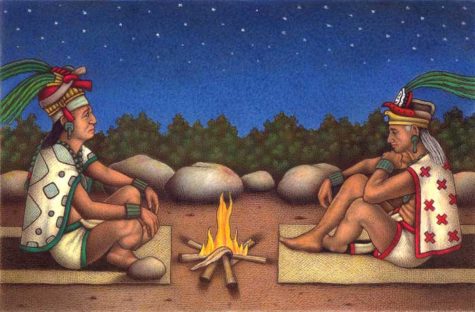 They agreed with each other, they joined their words, their thoughts. Then it was clear, then they reached accord in the light, and then humanity was clear, when they conceived the growth, the generation of trees, of bushes, and the growth of life, of humankind, in the blackness, in the early dawn, all because of the Heart of Sky, named Hurricane. Thunderbolt Hurricane comes first, the second is Newborn Thunderbolt, and the third is Raw Thunderbolt.

So there were three of them, as Heart of Sky, who came to the Sovereign Plumed Serpent, when the dawn of life was conceived: “How should it be sown, how should it dawn? Who is to be the provider, nurturer?”

“Let it be this way, think about it: this water should be removed, emptied out for the formation of the earth’s own plate and platform, then comes the sowing, the dawning of the sky-earth. But there will be no high days and no bright praise for our work, our design, until the rise of the human work, the human design,” they said.

And then the earth arose because of them, it was simply their word that brought it forth. For the forming of the earth they said “Earth.” 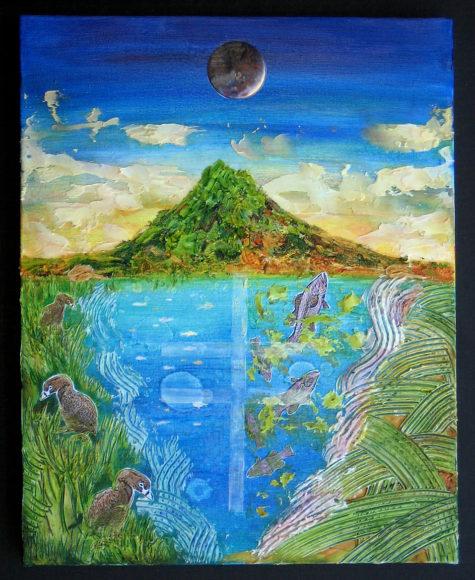 It arose suddenly, just like a cloud, like a mist, now forming, unfolding. Then the mountains were separated from the water, all at once the great mountains came forth. By their genius alone, by their cutting edge alone they carried out the conception of the mountain-plain, whose face grew instant groves of cypress and pine.

And the Plumed Serpent was pleased with this: “It was good that you came, Heart of Sky, Hurricane, and Newborn Thunderbolt, Raw Thunderbolt. Our work, our design will turn out well,” they said.

And the earth was formed first, the mountain-plain. The channels of water were separated; their branches wound their ways among the mountains. The waters were divided when the great mountains appeared. Such was the formation of the earth when it was brought forth by the Heart of Sky, Heart of Earth, as they are called, since they were the first to think of it. The sky was set apart, and the earth was set apart in the midst of the waters.

Such was their plan when they thought, when they worried about the completion of their work.

Promote Your Page Too
Bread Crumbs
A trail of bread crumbs, just in case you get lost in the widdershins ... Widdershins > Blog Page > Myths and Legends > The Mayan Creation Story