Meditations on the Anglo-Saxon Rune Poem

Rune poems were created as mnemonic aids for remembering the rune symbols, their names, meanings and properties. There are a number of runic poems, and the meanings given vary slightly with each rendition and translation. This one is a modern meditation on the Anglo-Saxon Rune Poem. 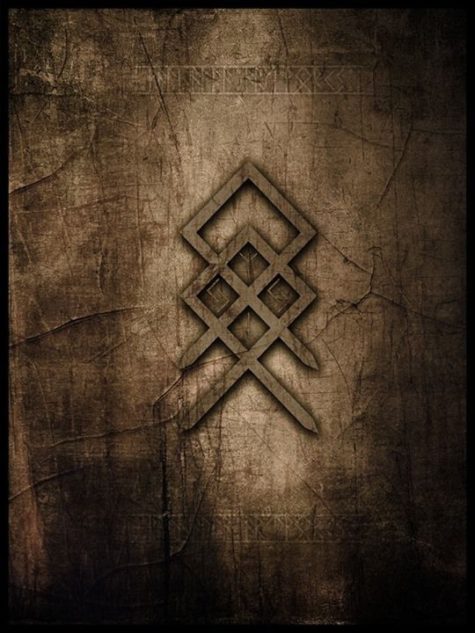 Wealth should flow,
constantly circulating
to promote the common good.
Sellers, buyers, investors, and the taxing authorities
portion out between them
the incomes of the folk.
Money sitting idle
causes only harm.

One must grab life’s challenges by the horn’s
to ride the waves of one’s wyrd.
Before such a powerful one
the world becomes one’s domain.

Computers crash
and planes fall out the skies.
That is the nature of things
and not always evil in intent.
Even good people sometimes cause
good people harm.

The worlds came into being thru
the crashing sounds of fire and ice.
Sound and the maker sounds
the divine word is spoken.
Wisdom and tradition
give comfort to the folk
in times of great changes.

When one sits in one’s home
everything looks so easy;
talk is easier than action.
To walk in another’s shoes
and do better,
that is a most difficult task.

The inner light which is never extinguished
brightens the dark weary world.
This body is a great hall;
the mind sits in the body’s high seat.
The call to faith
a torch carrying procession.

The giver and the giftee
form a circle of obligation.
As these are the bonds
which form true community.
Tho one can give too much
and receive that which one doesn’t want.

It is bliss to reach the state of happiness:
no suffering, no sorrows, great joy.
To have the necessities of life
and to be able to help others.
Even in a reversal of fortune
one who is truly free
can still find joy
in this world and in other realms.

Even a good life has its days.
As a hard rain good for the crops
turns to a hail storm that flattens them.
Even then the bad times don’t last;
even the thickest hail
melts away.

Need is the manifestation of desire;
the bondage of will to the external object.
It can be oppressive
but it can also be the key to liberation.
In organizing with others
bonds of oppression can be broken.

Ice driven back by fire;
mists of crashing cosmic forces.
A space for the nine worlds was created
along with the body (ice)
and the energies (fire).

The sky wolves have retreated;
Sunna warms the land below.
Freyr and Freya have
bestowed upon us a great bounty
for all the folk.

Symbol of Yggdrasil
the yew is strong
and holds many worlds within its branches.
It offers much support
to those who grow it.

In the shelter of the world tree
many great halls have been built.
So that all peoples can go
to be with their patron deity
according to the rules of their faith.
No one can be excluded from the protection of the Tree
save those who exclude themselves
by evil deeds.

Even a plant can cause harm
if used without caution;
danger lurks even in the safest place.

Sunna is the goddess of hope.
She points out the way
and gives us the energy for life’s work.

Tyr is the way.
He is the sky father
who guides us
thru life winding paths,
never abandons us
to darkness.

Your green leaves bloom early
giving us knowledge
that Spring has come again.

Be happy in life.
Bring happiness to your friends
and relations.
Yet be aware that death is always waiting.

The sea is the cauldron of chaos;
creative matrix,
playground of Ran,
from which human beings came.

He moves across the lands;
visiting his farmer friends
giving gifts of great bounty.

One loves the land they live upon
sharing in its rights and duties.
Thus the land protects its friends
if its friends respect it.

We shine in the light of the deities.
Tho day is followed by night;
life by death,
we know that after night comes a new day.
So death is followed by new life
in whatever way that arises.

The daughter of the great tree
she provides us and animals
with food and shelter.

Getting on a jet
I fly straight as an arrow
to my destination.

The world serpent has us all
in its grip;
lord of eternity
the cycle of birth and death.

Death is the end of all.
Even the most powerful
and wealthy people
are seized in the end.
Yet don’t despair,
for life goes on
and so do all which die
come back to some form of life.

Promote Your Page Too
Bread Crumbs
A trail of bread crumbs, just in case you get lost in the widdershins ... Widdershins > Blog Page > Poetry > Meditations on the Anglo-Saxon Rune Poem