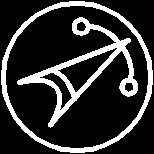 The Thirteenth Name is TUTU

Silences the weeping and gives joy to the sad and ill at heart. A most beneficent Name, and Protector of the Household, his word is DIRRIGUGIM.

Sadness can sometimes be a heavy burden and a negative emotion that eats away at our body and soul as surely as any disease. Quite often, only a change of perspective is needed to quell the soul’s trembling. A kind word, a sympathetic ear, a knowing intelligence, the hand of friendship. Those who call on this spirit find an unspeakable peace descends on their souls and lightens their spirits so that they can return to the world of the living with a sense of relief and renewed faith in themselves and the world. Can be summoned to aid a friend in distress as well as to give yourself a much-needed sense of joy and well-being.

Promote Your Page Too
Breadcrumbs
A trail of breadcrumbs in case you lose your way... Sigils Symbols and Signs > Newest Symbols > Necronomicon Symbols > Tutu