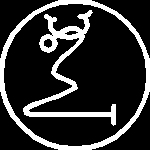 The Fiftieth Name is NINNUAM.

This is the Power of MARDUK as Lord of All That Is, Judger of Judgments, Decider of Decisions, He Who Determines the Laws and the Reign of Kings. He may not be called, save at the destruction of a city or the death of a king. His Word is GASHDIG.

The Warning should be observed scrupulously. “King”, however, may be taken to mean also, besides heads of state and monarchs, corporation executives and religious leaders.

Promote Your Page Too
Breadcrumbs
A trail of breadcrumbs in case you lose your way... Sigils Symbols and Signs > Newest Symbols > Judgement