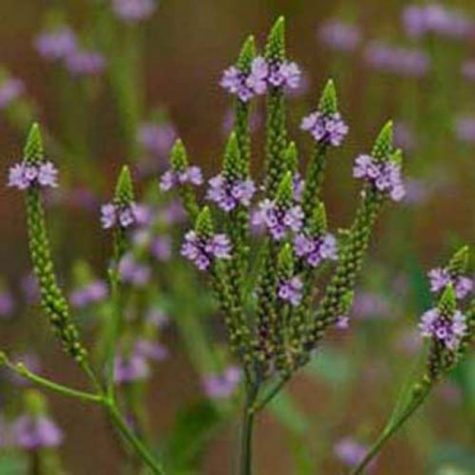 This is one of the most sacred fragrances of the Welsh witches, who wore it or burned it to prepare the way for connection with the God and Goddess. Use Vervain in your protection, love, and immortality spells. Grown on the property, it brings blessings of prosperity to the household.

Take Vervain baths to prolong your life and renew hope. Dust your hands with the powder to make sure the one you love will love you back. When worn, it protects from nightmares and lightning. Use to attract wealth. Vervain is an excellent herb for artists; its use before any creative attempt or performances ensures success.

Burn pure Vervain (or mix with equal parts of frankincense) for a fantastic purification incense.

Great for magickal cleansing baths, purification incenses, and personal safety amulets. Best gathered at Midsummer. Hang up on the bed to keep you free of nightmares. Helps soldiers to escape their enemies. Bury in your fields to make the crops bountiful and profitable. Amulets are sometimes given to babies, for it is said to make its bearer a quick learner. Used in many love and protection sachets.

Juice of the Vervain is believed to suppress sexual desire for long periods of time, and is consumed by religious ascetics to make life a little easier. This same juice, if smeared on the body, will enable a person to see into the future. 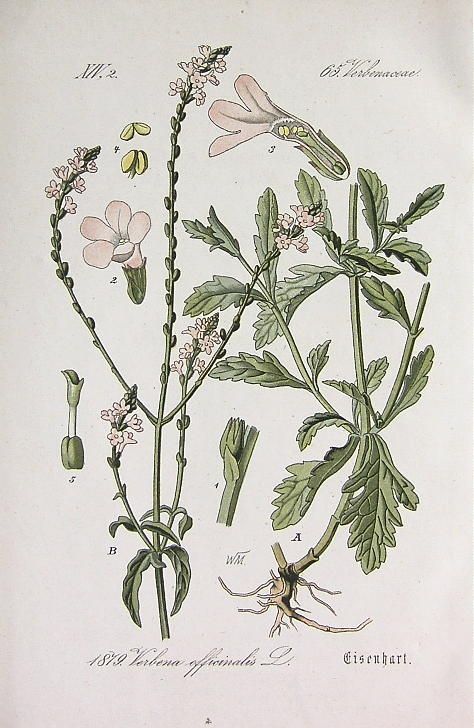 Vervain (Verbena Officinalis) is a flowering plant in the Verbena (Verbenacea) family of plants. Lemon verbena is actually an entirely different plant. Both Vervain and lemon verbena are in the same plant family, but there are many plants in the Verbena family. Not all are used medicinally in the same ways as Vervain.

Verbena actually means “altar plant” because of the use of bundles of twigs that were tied together and used to sweep altars. 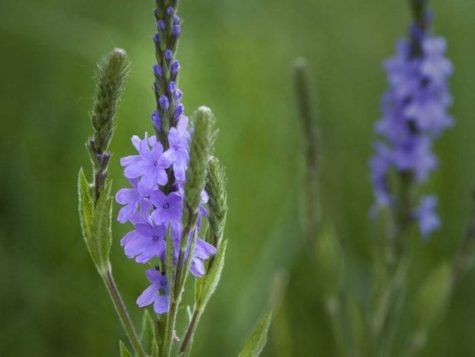 The belief that Vervain is a holy and magickal herb is very old. In Norse mythology, it was sacred to Thor, and in ancient Persia to the sun. The Persians believed that people carrying it would receive friendship and affection from everyone they come across. It was called “tears of Isis” in ancient Egypt, and later called “Hera’s tears”. In ancient Greece it was dedicated to Eos Erigineia.

The Romans believed this herb was sacred to Mars, God of War, and so they also believed that Vervain would repel the enemy. Crowns of the herb were worn by envoys sent to other countries, whether they were there for peaceable purposes or otherwise. The ancient Romans also believed it promoted fertility, and kept it in their homes to ward off evil.

It was venerated by the Druids almost as much as mistletoe and, when gathered under the Dog Star with appropriate rites, was used by them for magickal and healing purposes. Vervain was so sacred to the Druids that anyone who picked one had to immediately place a honeycomb on the spot.

In Christian legend, it is said to have been first found growing under the Cross on Calvary, and to have been used to staunch the bleeding of Our Lord’s wounds. For this reason, it was sometimes called the Holy Herb, and was believed to have the power of averting evil of all kinds, arresting hemorrhage, and healing serious wounds.

It had, however, to be gathered with great care, curing certain phases of the moon and while repeating secret words or incantations. If this was not done, its full strength and virtues were lost. One method of gathering it is described in an Elizabethan manuscript kept in Chetham’s Library in Manchester: 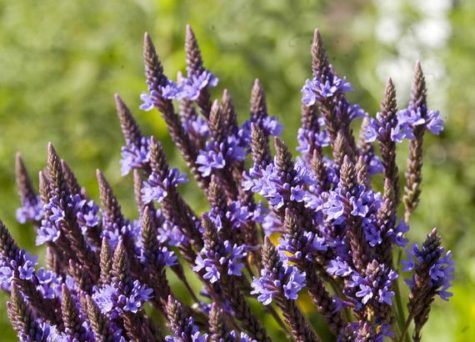 The seeker went to the place where the herb grew and said,

All-hele, thou holy herb,
Vervain,
Growing on the ground;
In the Mount of Calvary,
There wast thou found.

Thou helpest many a grief,
And stanchest many a wound.
In the name of sweet Jesus
I take thee from the ground.
O Lord, effect the same
That I do now go about.

While actually plucking it, he said,

Vervain, like St John’s wort and dill, “hindered witches of their will,” and guarded its owner from the effects of overlooking and many other misfortunes. Nevertheless, it was sometimes said to be an “enchanter’s Herb,” and witches, if they were often defeated by it, were also supposed to use it in their spells. 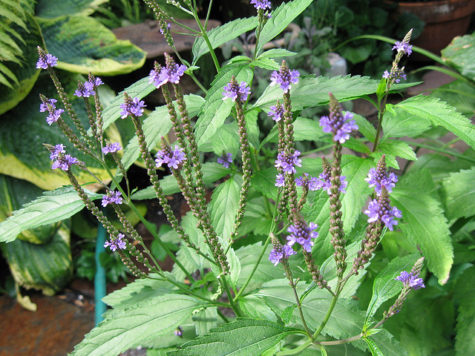 In Hungary, it was beloved of thieves because, like moonwort in England, it has power over locks and bolts. If a man made a small cut in his hand and pressed a fragment of the leaf into it, that hand would afterwards be able to open any locked door or chest lid simply by touching it.

In Hoodoo and other folk magic traditions, Vervain is used to make Van-Van oil – this is simply a blend of Vervain and a base oil, simmered and strained. This oil is used to provide magical protection, and clear away evil energies.

The roots hung about a man’s neck when he went to bed kept away bad dreams, and a tea made from the leaves soothed nervous excitement and prevented insomnia. In the Supplement to the London Pharmocopaeia (1837) it is stated that a necklace of Vervain roots, tied with a yard of white satin ribbon, would help to cure the King’s Evil.

Marcellus of Bordeaux mentions a magickal remedy for a tumor in De Medicamentis (XV). A root of Vervain had to be cut in two, and one half had to be hung round the patient’s neck. The other was smoked in a fire. As it dried in the heat, so would the tumor dry up and vanish. A sinister rider to this receipt says that if it was desired to bring the tumor back again, all that was necessary was to throw the smoked portion into a abasin of water. As it swelled with the moisture,m the tumor would return.

It was also used in love-charms and aphrodisiacs. In Germany, a wreath made from Vervain was often presented to a bride on her wedding day, both to bring her good luck and to ensure the fertility of the marriage. In many forms of folklore, Vervain is associated with workings that decrease lust – however, the scent of Vervain is a well-known aphrodisiac. Another way to tap into the aphrodisiac qualities is to place a few seeds of Vervain into a small bag and wear it around your neck. 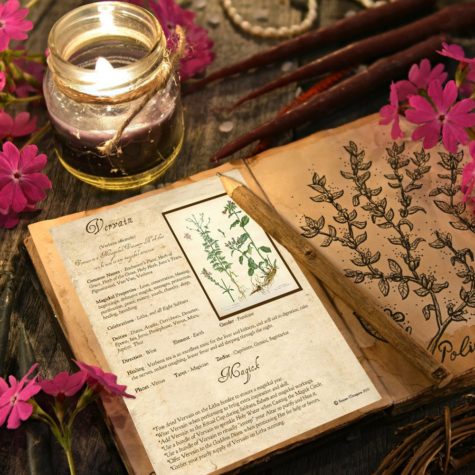 In addition to matters of the libido, however, Vervain is commonly incorporated as a cleansing herb. Vervain is the best ingredient to use to wash down an altar or temple before attempting magickal work. It charges the space with power and immediately raises the consciousness of all who enter the space. You can brew up a batch of Vervain water to cleanse your magical tools, asperge around a sacred space, or purify your altar for ritual.

After your water has come to a boil, pour it over the Vervain leaves in a pitcher or bowl. Allow the leaves to steep for half an hour, and then strain. Use a funnel to pour it into a jar. Use the water for cleansing and purification.