The Cat as a Magickal Ingredient 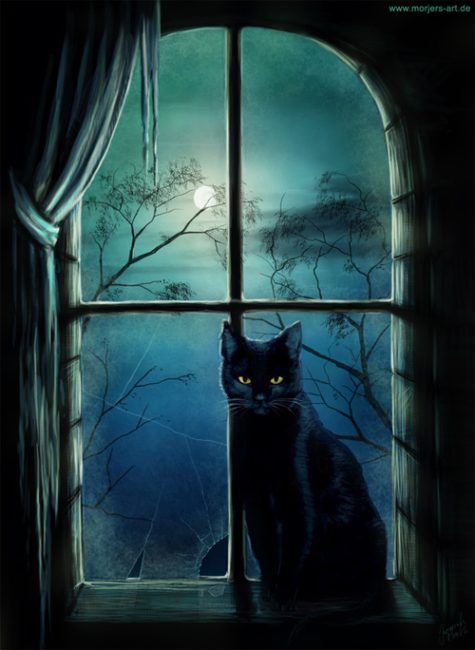 Egyptian priests believed that cats carried the magnetic forces of nature and so close proximity to the creatures enabled them to access these powers.

This animal is the most common of the witches’ familiars. They are very sensitive to occult workings and wise in the ways of the goddess. In order to make the cat a familiar, it must taste the blood of the witch.

The correct way to do this is to let the cat become your familiar in his or her own time. You will know when this occurs, as he or she will take a good hard bite out of your hand, cheek, or leg and draw blood. Voila! You are now bonded for eternal life.

Cat’s are excellent weather forecasters, and can be used in various methods of divination. More info can be found here: Cats

When a cat drops a whisker, place it on the altar for good luck. It is very bad luck to cut or pluck a whisker from a cat. Cat hair may be obtained by rubbing the back against the grain. Add the hairs to gamblers’ luck potions to increase your chances of winning. 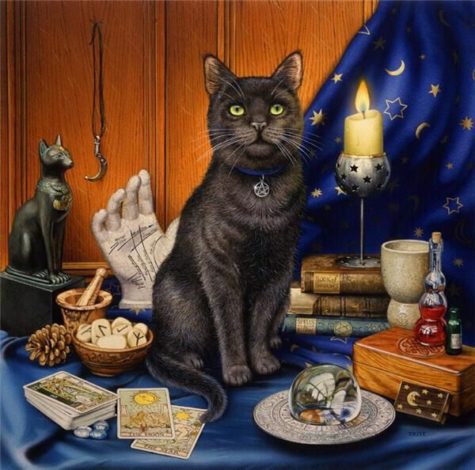 Here’s a nice little invocation to bring some “cat magick” into your life, you can use it to speak to your own cat, or you can invoke the energy through the use of pictures, or whatever else has meaning for you personally.

Littlest lion, panther in miniature,
Help me in a my magical endeavors,
Teach me to see my path through dark places,
Help me to sift the necessary from the unnecessary
And to relax and enjoy life.
Strengthened my magic and carry it to its destination.

“All cats are grey at night.”
~Old French Proverb 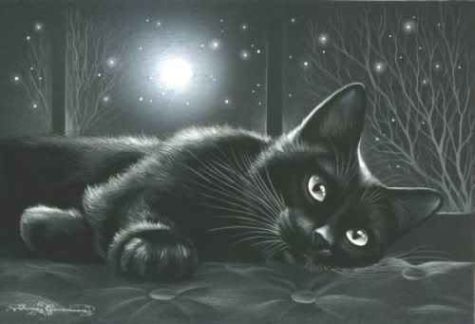 No other animal is more frequently linked with Witches and the Craft than the cat, and in particular the black cat.

This is not just part of the mythology of the Craft, as many Witches live with cats. Notice I say “live with” not “own.” No one who knows cats will ever consider that you can have possession of one! Having said that, there is no reason why you have to live with a cat to be a Witch.

There is an enormous body of folklore surrounding the cat. A cat washing behind it’s ears is said to forecast rain; stroking an affected eye with a cat’s tail was thought to cure a stye, and so forth. Whatever you feel about such sayings there is no doubt that the cat is a very magical animal. One of mine, now sadly dead, could tell the difference between a true Witch and a pretender. Certainly both my current cats pay great attention whenever I am practicing the Craft, and can distinguish between a candle lit for magic and one lit for ambiance.

Another way in which cats and Witches are linked is that cats are probably the best domestic animal for borrowing. That is when you transfer a part of your mind into the body of the animal so that you can travel in it’s shape and experience the things it sees and does. Indeed; it is thought that the saying that a cat has nine lives is an indication of the number of times a Witch can ride with a cat in this way. 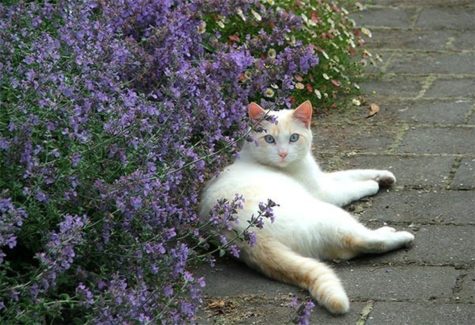 Catnip has an aromatic odor, similar in scent to both Pennyroyal and Mint. Because of its powerful and unusual smell, catnip has a strange fascination for cats, who will destroy any plant of it that may happen to be bruised. According to Maud Grieve’s A Modern Herbal, there is a saying about catnip:

If you give your feline a bit of catnip, it will help strengthen the psychic bond between you, in addition to getting your cat as high as a kite. Although typically used in pet-related workings, catnip is also an herb of love, and can be included in sachets or incense. 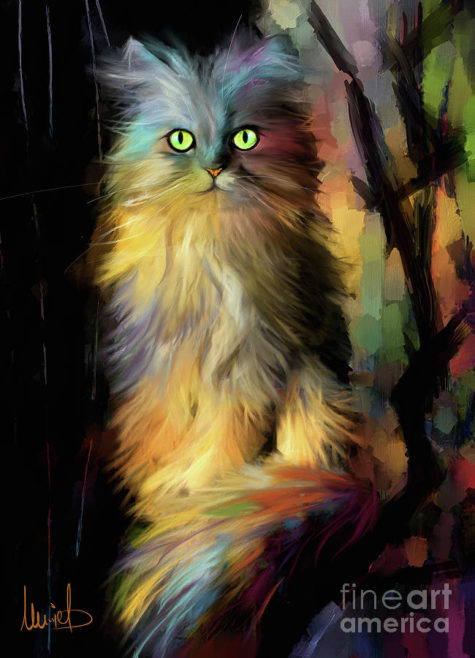 A cat totem encourages agility in both body and mind. You will be challenged with new ideas and places. The cat gives you clearer perception. This spirit helper is resourceful, strong and fearless. It will give you courage and confidence.

Examine the colors, character and behaviors of your Cat. Everything about it will reflect in your own life. When a Cat becomes predominant in your life, magic and mystery come alive.

Associated with the Norse Goddess of Fertility Freyja and the Hindu Goddess of Childbirth, Shasthi and of course, the Egyptian Goddess Bastet who takes the form of a cat. 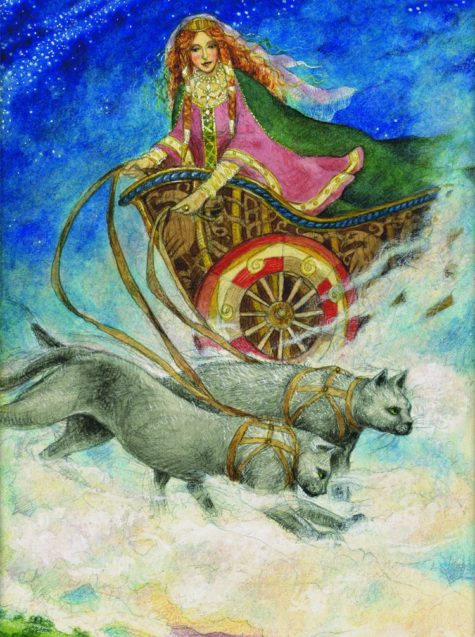 Freya, “She Who Shines Over the Sea,” has associations with cats as powerful as Bastet. The old Norse tradition of paying tribute to Freya and seeking her aid or guidance involved feeding milk to cats.

Put out milk for stray cats. If you don’t live in an area with stray cats, bring contributions to a shelter or adopt a gray stray cat.

The feeding isn’t done by rote but as a conscious offering. Speak with Freya simultaneously, explain your needs, desires, and broken heart and request assistance.

Pay attention; her response may come through the cats themselves. 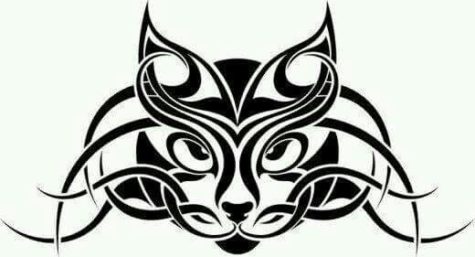 Many Celtic legends pictured the Cat as a ferocious and evil creature. However, that may have been because Cats were untamed during the time of the Druids. It was a potent totem animal of several clans and Caithness, named after the Clan of the Catti, is one example.

In Irish lore, Finn mac Cumhail was said to have fought a clan of “cat-headed” people…most probably Celts who wore cat skins on their helmets. The Cat was thought to be a strong protector, especially when facing a confrontational situation.