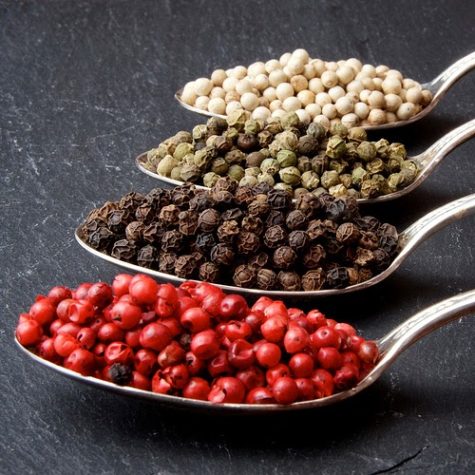 What follows is a dry and lengthy discussion about peppercorns as legal tender. I included it here at the Magickal Apothecary because it interested me and because I think the concept can be used in magick as well.

Consider this – you want to do magick, and you’d like to invoke the aid of a deity, an elemental spirit, or some magickal entity but you are unsure as to how to “seal the deal.” In a court of law, a “legal” contract, in order to be binding,  requires that both sides provide consideration, and I think that in magick this could be true as well.

So, my thought is, that a peppercorn might be offered up when food, or other offerings are inappropriate or inadvisable. A tiny little peppercorn could be left anywhere! I think peppercorns could also be used in binding spells and rituals, as well as other types of magickal agreements. 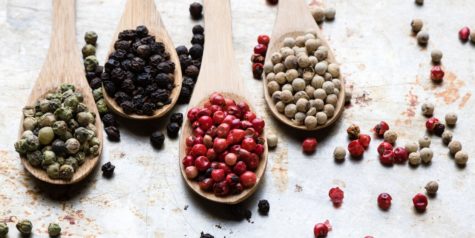 The Dry and Lengthy Discussion from Wikipedia:

A peppercorn in legal parlance is a metaphor for a very small payment, a nominal consideration, used to satisfy the requirements for the creation of a legal contract. “A peppercorn does not cease to be good consideration if it is established that the promisee does not like pepper and will throw away the corn.” Somervell LJ in Chappell v Nestlé [1960] .

In English law, and other countries with similar common law systems, a legal contract requires that both sides provide consideration. In other words, if an agreement does not specify that each party will give something of value to the other party, then it is not considered a binding contract, and cannot be enforced in court. This requirement does not exist in contracts with civil law systems.

However, courts will not generally inquire into the adequacy or relative value of the consideration provided by each party. So, if a contract calls for one party to give up something of great value, while the other party gives up something of much lesser value, then it will generally still be considered a valid contract, even though the exchange of value greatly favors one side. Courts, however, will reject “consideration” that was not truly bargained for.

For example in the American case Fischer v. Union Trust Co., the Michigan court held that one dollar paid in exchange for the sale of real property did not constitute valuable consideration since the transaction was not bargained for. The dollar is considered nominal consideration, not because the dollar was too small an amount, but because it did not induce the seller to part with the property. Such promises that are motivated by love and affection are insufficient to constitute consideration.

So, in order for an essentially one-sided contract to still be valid and binding, the contract will generally be written so that one side gives up something of value, while the other side gives a token sum such as one pound, one dollar, or—literally—one peppercorn.

Peppercorn payments are sometimes used when a struggling company is sold. A failing company’s net worth may actually be negative, since its liabilities may exceed its assets. So if some other party agrees to take over the company and assume its liabilities as well as its assets, the seller may actually agree to make a large payment to the buyer. But the buyer must still make some payment for the company—even if that payment is only one dollar or one pound—in order to establish that both sides have given consideration.

A peppercorn is also used in more balanced contracts, where one side wishes to conceal the nature of their payment. For example, since real estate contracts are generally matters of public record, the purchaser of a house may not wish to list the exact amount of the payment on the contract. But there must be some specific payment listed in the contract, or the contract will be considered void for lack of consideration. So the contract may be written to reflect that the house is being sold in return for “ten dollars and other good and valuable consideration”. The ten dollars is the “peppercorn” that provides concrete consideration and ensures that the contract is valid, while the actual amount paid for the house is hidden and referred to only as the “good and valuable consideration”.

Another common example of a peppercorn payment being used in legal contracts is the English practice of peppercorn rent, which refers to a nominal rental sum for property, land or buildings. Where a rental contract is put in place and the owner of the property wishes it to be rent free it is normal to charge, say, one pound sterling as a peppercorn rent. Again, this is because, if the owner wants to lease the property, they must charge some rent so that consideration exists for both parties.

Furthermore, a peppercorn rent is often used as a form of nominal ground rent where a (potentially substantial) premium has also been paid on commencement of a long lease of, say, 99 or 125 years (a “virtual freehold”). The notional collection of the annual peppercorn rent helps to maintain a formal Landlord and Tenant relationship between the two parties, precluding the risk of a claim for adverse possession from the tenant arising, were no consideration to be paid for an extended period.