How To Clean Bones 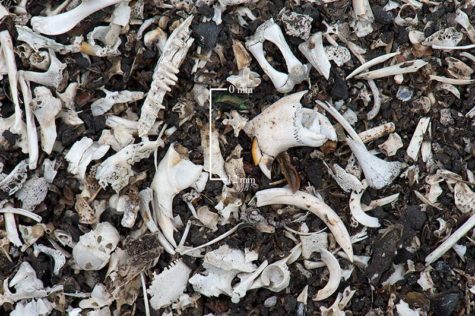 Here’s a nice little tutorial on how to clean bones you may have collected to use for making runes, dice, divination tools or for other magickal purposes.

Use a very sharp boning knife to remove the bones you need from the limb. Be sure to remove any excess cartilage or shreds of flesh. Always practice basic knife and kitchen safety.

The bones can be cleaned a number of different ways:

A butcher/taxidermy worker suggested boiling the bones in something called “sal soda”.Apparently, that is what they use in his taxidermy shop in order to clean skeletons for hunters. It is supposed to dissolve tissue and cartiliage into a gel that can be rinsed off. He gave me a large bag for free, and it worked quite well on the first batch of bones I used it on.

After doing any of these methods, you may have to remove extra “shreds” of flesh. I tried a combination of the above methods, and found that bleaching the bones overnight, then boiling them in sal soda for about twenty minutes was the best method to get clean, white bones. If you overboil the bones, they will dry out, and the outer calcium covering will flake away. They are still usuable if this occurs.

What is sal soda?

Sal soda is sodium carbonate, the same chemical as washing soda. Sodium carbonate typically comes in three forms – washing soda is the decahydrate, which is usually in the form of colorless crystals that look a bit like crushed ice. If left in the open air, these lose water and become the powdery white monohydrate (the sal soda mentioned above). Soda ash is the anhydrous (waterless) compound.

Sodium carbonate an alkali, so it will be good for stripping away greasy substances such as fat and marrow. Don’t use it with aluminium vessels or cutlery, and try to keep it off your hands, though it’s not as nasty as sodium hydroxide (caustic soda) which is often used for unblocking drains.

Be careful when using caustic substances – be sure you read and follow the safety instructions that come with them.

Posted in How To, Naturally Found | Tagged DIY, Purification

One Response to How To Clean Bones