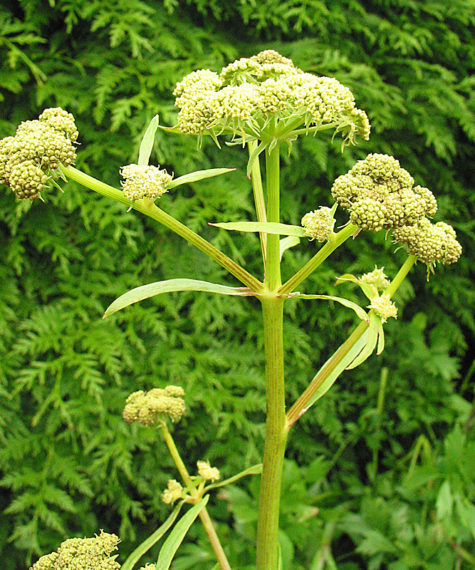 Lovage is one of the most dependable herbs for drawing romance into one’s life. Not only will it bring you love, but regular bathing with this herb will enhance your beauty, physically, and will also allow the inner radiance to shine forth more brightly.

For this reason, Lovage is often used as a bathing herb, cast into the bath, the pleasant scent filling the room and delicately scenting the bather. In this manner, particularly when combined with a candle and poems of a romantic nature, is one able to attract romance.

Add seven rose buds to a Lovage bath, and you will become more attractive to the opposite sex.

With a subtle floral scent, the root is an effective addition to Herbal Amulets to attract love, and it can be steeped in wine to be served to a prospective lover.

You can also add the root, or a strong tea made by boiling the root, to a bath to become psychically cleansed.

In Central Europe, women wore Lovage around their necks when meeting lovers, and the herb was often put in love potions as a guarantee of everlasting devotion.

To encourage someone to love you more, the following can be done:

For nine successive days, rise early, boil Lovage root in water to make a tea, hand-bathe your genitals and face in this before dawn, carry the wash basin to a crossroads, call the name of the one you love, and throw your used bath water toward the sunrise.

One of the most nonjudgmental of herbs, Lovage draws the person most suited to your soul. A great root for bisexuals or anyone confused about which gender he or she is (or should be) attracted to. It is best used when invoking a new relationship and promises to quickly attract your heart’s desire.

Plant Lovage in front of and around your home to help ward off all sorts of unwanted intruders, ranging from door-to-door salespeople, to evil spirits, to epidemics, to vermin.

The leaves can be placed in the shoes to relieve weary feet.

Lovage dug up at night on Good Friday reputedly helps ward off either witches or the influence of the Devil. 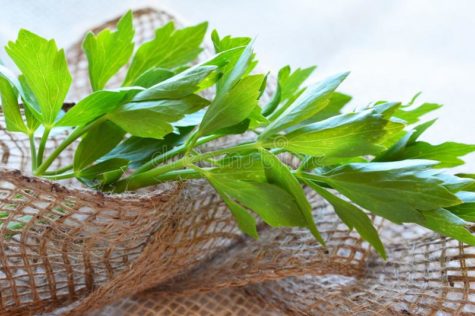 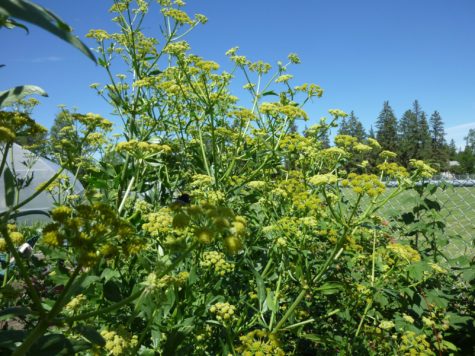 The history of Lovage goes back to the ancient Greeks who chewed the leaves for digestion and gas. Both the Greeks and the Romans used the herb as a medicine, and in the Middle Ages it was used as a cure-all for most illnesses.

Lovage has an ancient history. It was introduced into Britain by the Romans and brought here by early English colonists and was often found in their gardens. Lovage was one of the seeds found in the early American Shakers’ seed sales.

As both a medicinal and culinary herb, Lovage now grows in the authentic garden at Plimoth Plantation, the re‐creation of a Pilgrim village in Plymouth, Mass.

New Englanders would candy the root and chew on the seed during long church services to keep them alert.