The Case of Roland Bertin

Not all werewolves are evil. From the book Werwolves, by Elliott O’Donnell, first published in 1912, we have this account of the case of Roland Bertin. 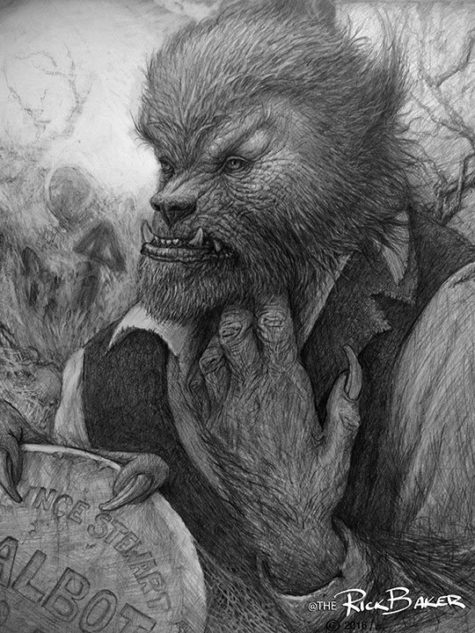 Andre Bonivon, the hero of the other incident, was eminently a man of war. He commanded a schooner called the “Bonaventure,” which was engaged in harassing the Huguenot settlements along the shores of the Gulf of Lions, during the reign of Louis XIV.

On one of his marauding expeditions Bonivon sailed up an estuary of the Rhone rather further than he had intended, and having no pilot on board, ran ashore in the darkness. A thunderstorm came on; a general panic ensued; and Bonivon soon found himself struggling in a whirlpool. Powerful swimmer though he was, he would most certainly have been drowned had not some one come to his assistance, and, freeing him from the heavy clothes which weighed him down, dragged him on dry land.

The moment Bonivon got on terra firma, sailor-like, he extended his hand to grip that of his rescuer, when, to his dismay and terror, instead of a hand he grasped a huge hairy paw.

Convinced that he was in the presence of the Devil, who doubtless highly approved of the thousand and one atrocities he had perpetrated on the helpless Huguenots, he threw himself on his knees and implored the forgiveness of Heaven.

His rescuer waited awhile in grim silence, and then, lifting him gently to his feet, led him some considerable distance inland till they arrived at a house on the outskirts of a small town.

Here Bonivon’s conductor halted, and, opening the door, signed to the captain to enter. All within was dark and silent, and the air was tainted with a sickly, pungent odour that filled Bonivon with the gravest apprehensions. Dragging him along, Bonivon’s guide took him into a room, and leaving him there for some seconds, reappeared carrying a lantern.

Bonivon now saw for the first time the face of his conductor – it was that of a werwolf. With a shriek of terror Bonivon turned to run, but, catching his foot on a mat, fell sprawling on the floor.

Here he remained sobbing and shaking with fear till he was once more taken by the werwolf and set gently on his feet.

To Bonivon’s surprise a tray full of eatables was standing on the table, and the werwolf, motioning to him to sit down, signed to him to eat.

Being ravenously hungry, Bonivon “fell to,” and, despite his fears – for being by nature alive to, and, by reason of his calling, forced to guard against the treachery of his fellow creatures, he more than half suspected some subtle design underlying this act of kindness – demolished every particle of food. The meal thus concluded, Bonivon’s benefactor retired, locking the door after him.

No sooner had the sound of his steps in the stone hall ceased than Bonivon ran to the window, hoping thereby to make his escape. But the iron bars were too firmly fixed – no matter how hard he pulled, tugged and wrenched, they remained as immovable as ever. Then his heart began to palpitate, his hair to bristle up, and his knees to totter; his thoughts were full of speculations as to how he would be killed and what it would feel like to be eaten alive.

His conscience, too, rising up in judgment against him, added its own paroxysms of dismay, paroxysms which were still further augmented by the finding of the dead body of a woman, nude and horribly mutilated, lying doubled up and partly concealed by a curtain. Such a discovery could not fail to fill his heart with unspeakable horror; for he concluded that he himself, unless saved by a miracle – a favour he could hardly hope for, considering his past conduct – would undergo the same fate before morning.

At a loss to know what else to do, he sat upon the corner of the table, resting his chin on the palms of his hands, and engaged in anticipations of the most frightful nature.

Shortly after dawn he heard the sound of footsteps approaching the room; the door slowly began to open: a little wider and a little wider, and then, when Bonivon’s heart was on the point of bursting, it suddenly swung open wide, and the cold, grey dawn falling on the threshold revealed not a werwolf, but – a human being: a man in the unmistakable garb of a Huguenot minister!

The reaction was so great that Bonivon rolled off the table and went into paroxysms of ungovernable laughter.

At length, when he had sobered down, the Huguenot, laying a hand on his shoulder, said: “Do you know now where you are? Do you recognize this room? No! Well, I will explain. You are in the house of Roland Bertin, and the body lying over yonder is that of my wife, whom your crew barbarously murdered yesterday when they sacked this village. They took me with them, and it was your intention to have me tortured and then drowned as soon as you got to sea. Do you know me now?”

Bonivon nodded – he could not have spoken to save his life.

“Bien!” the minister went on. “I am a werwolf – I was bewitched some years ago by the woman Grenier, Mere Grenier, who lives in the forest at the back of our village. As soon as it was dark I metamorphosed; then the ship ran ashore, and every one leaped overboard. I saw you drowning. I saved you.”

The captain again made a fruitless effort to speak, and the Huguenot continued: –

“Why did I save you? – you, who had been instrumental in murdering my wife and ruining my home! Why? I do not know! Had I preferred for you a less pleasant death than drowning, I could have taken you ashore and killed you. Yet – I did not, because it is not in my nature to destroy anything.

I have never in my life killed an animal, nor, to my knowledge, an insect; I love all life – animal life and vegetable life – everything that breathes and grows. Yet I am a Huguenot! – one of the race you hate and despise and are paid to exterminate. Assassin, I have spared you. Be not ungenerous. Spare others.”

The captain was moved. Still speechless, he seized the minister’s hands and wrung them. And from that hour to the day of his death – which was not for many years afterwards – the Huguenots had no truer friend than Andre Bonivon.

Promote Your Page Too
Bread Crumbs
A trail of bread crumbs, just in case you get lost in the widdershins ... Widdershins > Blog Page > Fairy Tales and Stories > The Case of Roland Bertin