God To Enfold Me 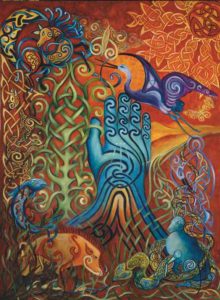 This is an old story about The Dagda, one of the most prominent Gods of Celtic Mythology. If you’d like to read more about him, here’s a link: The Dagda 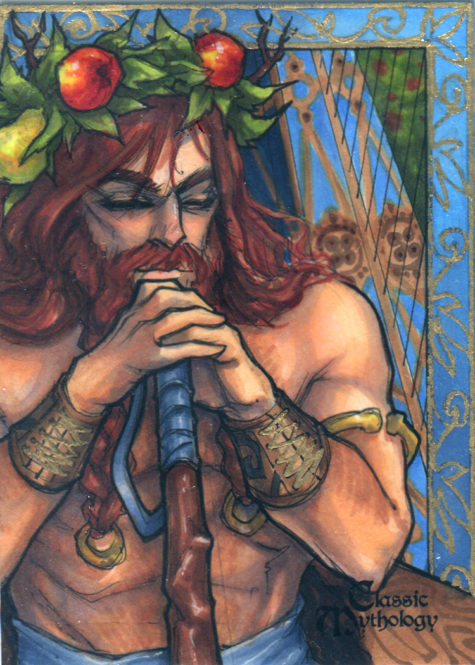 The Dagda sat with his back to an oak tree. He looked like a workman, and his hands were as hard as the hands of a mason, but his hair was braided like the hair of a king. He had on a green cloak with nine capes, and along the border of every cape there was a running pattern embroidered in gold and silver and purple thread. Opposite The Dagda sat his son, Angus Og, with his hands clasped about his knees. He was in rags, and his hair was matted like the hair of a beggar: a bramble had scratched his nose, but his eyes were smiling.

“If you only knew how ridiculous you look in that cloak,” he was saying to The Dagda, “you would not wear it.”

“My son,” said The Dagda, with dignity, “it is the only cloak the people of the Fomor have left me, and the evening is cold.”

“Why don’t you keep yourself warm by working?” said Angus. “It’s what I would do myself if you had brought me up to a trade.”

“Angus,” said his father, “remember I am one of the gods: it is not necessary to talk sense to me.”

“O dear! ” said Angus, “a bramble scratched me on the nose this morning–it’s all because you have lost your Magic Harp and the Cauldron of Plenty! Soon even the snails will make faces at me. I can’t go wandering round Ireland in comfort any more. I’ll change myself into a salmon and swim in the sea.”

“The salmon must come up the rivers once a year, and when you come the Fomorians will take you in their net, and it is likely Balor, their king, will eat you.” END_OF_DOCUMENT_TOKEN_TO_BE_REPLACED

A Song of Cailleach 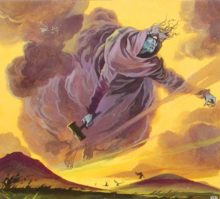 There were two slender spears of battle
upon the other side of the carlin
her face was blue-black, of the lustre of coal,
And her bone tufted tooth was like rusted bone.

In her head was one deep pool-like eye
Swifter than a star in winter
Upon her head gnarled brushwood
like the clawed old wood of the aspen root.

From:
Popular Tales of the West Highlands – Vol 3

Related content:
The Powers That Be – The Old Woman Cailleach