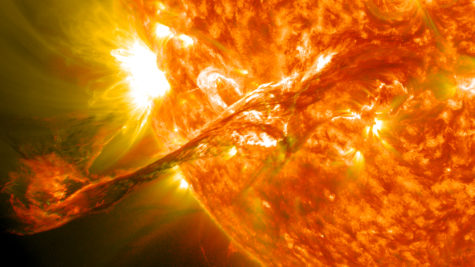 The energies of solar flares and sun storms can be very effective when harnessed for magickal use. But what are they, and how do they affect us?

We seldom think of weather conditions as causing problems anywhere other than here on Earth. Inf act, we seldom even consider that there is any sort of weather anywhere else. But that’s just no so. Outer space has its own sort of weather, too, and Sun storms can definitely wreak havoc with it.

Sun storms are geomagnetic and caused by a series of eruptions and explosions on the Sun’s surface. These explosions emit lots of tiny particles that fly into space at speeds in excess of a thousand miles per hour, and set course for Earth’s atmosphere. And since they’re both radioactive and magnetized, they wreak havoc here, too, when they arrive. 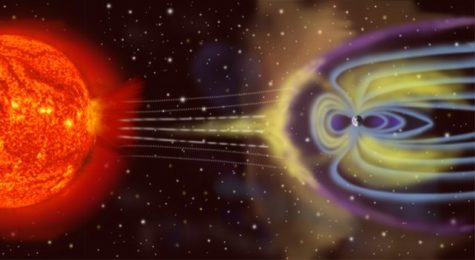 So, what kinds of problems do they cause? Because they’re highly magnetized, they can screw up compass readings and interfere with global positioning systems. The latter, of course, is a real problem since most air traffic controllers use the GPS to track airplanes on radar.

They also have the ability to knock out power systems and cause blackouts, push satellites out of orbit, and interrupt radio transmissions.

And if that weren’t enough, this solar fallout also brings a hefty dose of radiation with its arrival; in fact, flying on a day when Sun storms are in progress often brings travelers ten times the radiation of a normal chest x-ray.

Be that as it may, though, the energies of these aggravating little storms can be very effective when harnessed for magickal use. 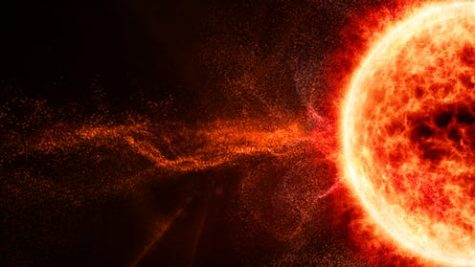 Because of the magnetized particles involved, they’re absolutely unsurpassed in power when it comes to attraction magick. In fact, nearly any magick worked during these periods comes to fruition quickly, provided that the desired result is visualized as being drawn to you like nails to a magnet.

Efforts to alleviate anger, stress, anxiety, and confusion ~ or anything else you’d like to eradicate from your life ~ also work well now. The trick is to visualize the problem breaking up into particles that fly away and dissolve into nothingness.

The good news is that Sun storms are predictable ~ but only by three or four days in advance. Still, that allows plenty of time for for practitioners to be ready to brag their power and use it to full advantage. If you are interested in utilizing this magick, here’s a link to Space Weather Live Solar Forecast.