The Curative Powers of Earth 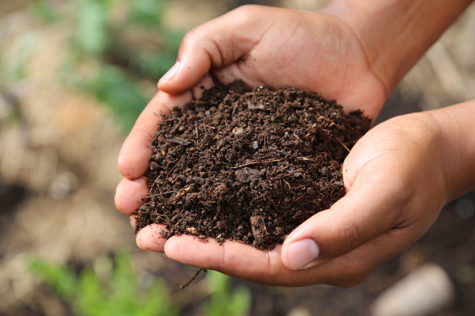 Earth was used extensively for remedial purposes in ancient times as well as the middle ages. In modern times, it again came into prominence as a valuable therapeutic agent in the last century through the indefatigable efforts of Emanuel Felke, a German-born Lutheran minister who was nicknamed the “Clay Pastor.” Felke found that the forces of earth have remarkable effects upon the human body, especially during the night. These effects are described as refreshing, invigorating and vitalizing.

Felke believed that for wounds and skin diseases, application of clay or moistened earth was the only true natural bondage. The body is thus repaired with the element from which it is assumed to be made. Adolf Just ( 1838 – 1936) , one of the pioneers of nature cure in modern times, believed that all diseases, but especially the serious nervous troubles of our age, would lose their terrors, if only sleeping or lying on the earth at night became customary in the curing of diseases.

According to him, by sleeping on the ground, ” the entire body is aroused from its lethargy to a new manifestation of vital energy, so that it can now effectively remove old morbid matter and masses of old faces from the intestines, and receive a sensation of new health, new life and new unthought of vigor and strength.

” Going barefooted all day long, except when it is very cold, is also regarded as a valuable step towards achieving good health and true happiness. Men can draw vital energy and strength out of the earth through their feet. Jesus Christ also attached a great deal of importance to the practice of going barefooted. He himself was barefooted and commanded his disciples likewise. It is advisable to go entirely barefooted as often as possible, especially on the bare ground but in rooms with painted floors it is better to wear chappals (leather sandals), since the painted floor affects the body adversely if one walks on it with bare soles.

The American Indians lay great stress on earth treatment. They believe that healing power is strong in leaves and herbs, powerful in the air, but very powerful indeed in the earth. They have a custom to bury sufferers from all kinds of disease in the earth up to their necks, leave them there for some hours, and then remove them. They believe that many of them are cured. Presumably the body draws unto itself the healing minerals and some of the earth’s magnetism. 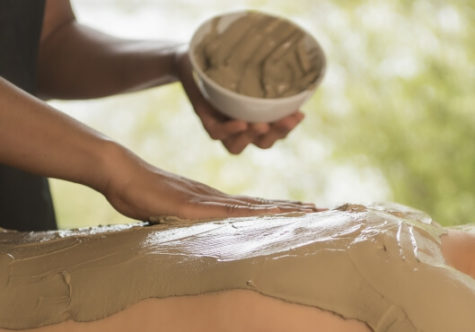 Natural medicine practitioners at present are making increasing use of moistened earth in the treatment of diseases. The use of mud packs has been found highly beneficial and effective in the treatment of chronic inflammation caused by internal diseases, bruises, sprains, boils and wounds. This mode of treatment is normally adopted in conjunction with a proper scheme of dietary and other natural therapies.

The advantage of mud treatment is that it is able to retain moisture and coolness for longer periods than cold water packs or compresses. The cold moisture in the mud packs relaxes the pores of the skin, draws the blood into the surface, relieves inner congestion and pain, promotes heat radiation and elimination of morbid matter.

A mud pack is prepared with clay obtained from about ten cms. below the surface of the earth, after ensuring that it does not contain any impurities such as compost or pebbles. The clay is then made into a smooth paste with warm water. This is allowed to cool and then spread on a strip of cloth, the size of which may vary according to requirements. The dimensions of the pack meant for application on the abdomen are generally 20 cms. X 10 cm.X 2.5 cm. for adults.

Mud packs have been found to be a valuable treatment of diseases relating to general weakness or nervous disorders. It can also bring down fever and is beneficial in the treatment of scarlet fever, measles and influenza. The mud pack is prescribed for swellings, eye and ear troubles, gout, rheumatism, stomach troubles, kidney and liver malfunctions, diptheria, neuralgia, sexual disorders, headache, toothache and general aches and pains.

The mud bandage, after being placed on the body, should be covered with flannel or other protective material. The pack is applied for 10 to 30 minutes. As the abdomen is the seat of most diseases, mud pack applied to this part of the body can cure many disorders including all forms of indigestion affecting the stomach and bowels. It is most effective in decreasing the external heat and breaking up the morbid matter. It also aids the inactivity of labor pains and for this purpose, the pack may be renewed every hour or two.

The mud pack is also helpful as an alternate treatment. The area under treatment is first given fomentation for five to 10 minutes until it is well heated. Mud is then applied directly to the skin for five to 15 minutes, depending upon the reaction required. Hot and cold applications are useful in relieving chronic pains, intestinal cramps and lumbago. Alternate application helps to relieve discomfort caused by flatulence and intestinal obstructions. It is also helpful in amoebiasis, colitis, enteritis and other inflammatory conditions of bacterial origin. 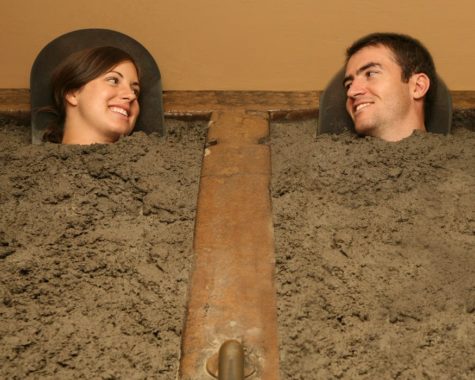 Mud or clay bath is another mode of treatment. It is applied in the same way as packs, but only on a larger scale on the entire body. In this, mud or clay is first ground and sifted to remove all impurities, and then made into a smooth paste mixed with hot water. The paste is then spread on a sheet which in turn is wrapped round the body. One or two blankets are then wrapped over this, depending on the temperature of the room and that of the pack. A mud bath is followed with a cleansing warm water bath and a short cold shower.

The mud bath is found to tone up the skin by increasing the circulation and energizing the skin tissues. Frequent mud baths help to improve the complexion, clear spots and patches on the skin following skin disorders or due to smallpox. It is very beneficial in the treatment of skin diseases like psoriasis, leucoderma and every leprosy. This bath is also valuable in getting relief from rheumatic pain or pain in the joints caused by injuries.

The duration of the bath should be from 30 minutes to one hour. Care should also be taken to avoid the patient catching a chill during the bath. Mud applications also form a vital part of natural beauty treatment.