Nature Cures, not the Physician.
– Hippocrates 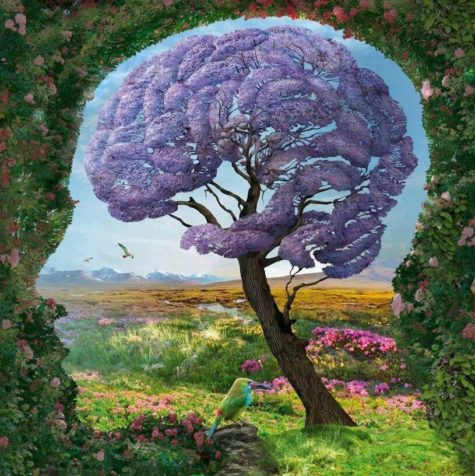 Natural medicine, or naturopathy,  is a constructive method of treatment which aims at removing the basic cause of disease through the rational use of the elements freely available in nature. It is not only a system of healing, but also a way of life, in tune with the internal vital forces or natural elements comprising the human body. It is a complete revolution in the art and science of living.

Although the term ‘ naturopathy’ is of relatively recent origin, the philosophical basis and several of the methods of nature cure treatments are ancient. It was practiced in ancient Egypt, Greece and Rome. Hippocrates, the father of medicine ( 460-357 B.C.) strongly advocated it. India, it appears, was much further advanced in older days in natural healing system than other countries of the world. There are references in India’s ancient sacred books about the extensive use of nature’s excellent healing agents such as air, earth, water and sun. The Great Baths of the Indus Valley civilization as discovered at Mohenjodaro in old Sind testifies to the use of water for curative purposes in ancient India.

The modern methods of natural healing originated in Germany in 1822, when Vincent Priessnitz established the first hydropathic establishment there. With his great success in water cure, the idea of drugless healing spread throughout the civilized world and many medical practitioners throughout the civilized world and many medical practitioners from America and other countries became his enthusiastic students and disciples. These students subsequently enlarged and developed the various methods of natural healing in their own way. The whole mass of knowledge was later collected under one name, Naturopathy. The credit for the name Naturopathy goes to Dr. Benedict Lust ( 1872 – 1945), and hence he is called the Father of Naturopathy.

Natural medicine is based on the realization that man is born healthy and strong and that he can stay as such as living in accordance with the laws of nature. Even if born with some inherited affliction, the individual can eliminate it by putting to the best use the natural agents of healing. Fresh air, sunshine, a proper diet, exercise, scientific relaxation, constructive thinking and the right mental attitude, along with prayer and meditation all play their part in keeping a sound mind in a sound body.

Natural medicine believes that disease is an abnormal condition of the body resulting from the violation of the natural laws. Every such violation has repercussions on the human system in the shape of lowered vitality, irregularities of the blood and lymph and the accumulation of waste matter and toxins. Thus, through a faulty diet it is not the digestive system alone which is adversely affected. When toxins accumulate, other organs such as the bowels, kidneys, skin and lungs are overworked and cannot get rid of these harmful substances as quickly as they are produced.

Besides this, mental and emotional disturbances cause imbalances of the vital electric field within which cell metabolism takes place, producing toxins. When the soil of this electric filed is undisturbed, disease-causing germs can live in it without multiplying or producing toxins. It is only when it is disturbed or when the blood is polluted with toxic waste that the germs multiply and become harmful. 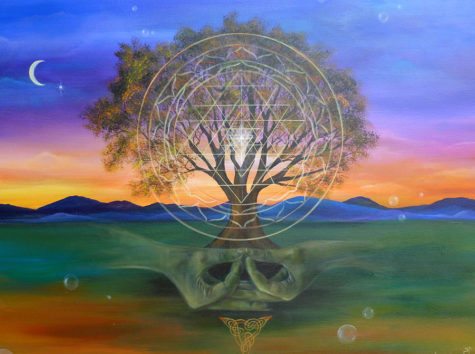 The whole philosophy and practice of natural medicine is built on three basic principles. These principles are based on the conclusions reached from over a century of effective naturopathic treatment of diseases in Germany, America and Great Britain. They have been tested and proved over and over again by the results obtained.

The first and most basic principle of natural medicine is that all forms of disease are due to the same cause, namely, the accumulations of waste materials and bodily refuse in the system. These waste materials in the healthy individual are removed from the system through the organs of elimination. But in the diseased person, they are steadily piling up in the body through years of faulty habits of living such as wrong feeding, improper care of the body and habits contributing to enervation and nervous exhaustion such as worry, overwork and excesses of all kinds. It follows from this basic principle that the only way to cure disease is to employ methods which will enable the system to throw off these toxic accumulations. All natural treatments are actually directed towards this end.

The second basic principle of natural medicine is that all acute diseases such as fevers, colds, inflammations, digestive disturbances and skin eruptions are nothing more than self-initiated efforts on the part of the body to throw off the accumulated waste materials and that all chronic diseases such as heart disease, diabetes, rheumatism, asthma, kidney disorders, are the results of continued suppression of the acute diseases through harmful methods such as drugs, vaccines, narcotics and gland extracts.

The third principle of natural medicine is that the body contains an elaborate healing mechanism which has the power to bring about a return to normal condition of health, provided right methods are employed to enable it to do so. In other words, the power to cure disease lies within the body itself and not in the hands of the doctor. 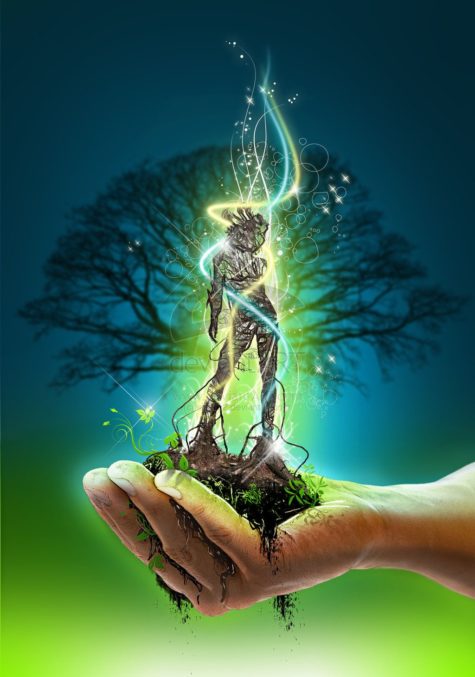 The modern medical system treats the symptoms and suppresses the disease but does little to ascertain the real cause. Toxic drugs which may suppress or relieve some ailments usually have harmful side-effects. Drugs usually hinder the self-healing efforts of the body and make recovery more difficult.

According to the late Sir William Osler, an eminent physician and surgeon, when drugs are used, the patient has to recover twice – once from the illness, and once from the drug. Drugs cannot cure diseases; disease continues. It is only its pattern that changes. Drugs also produce dietary deficiencies by destroying nutrients, using them up, and preventing their absorption. Moreover, the toxicity they produce occurs at a time when the body is least capable of coping with it. The power to restore health thus lies not in drugs, but in nature.

The approach of modern system is more on combative lines after the disease has set in, whereas the naturopathic system lays greater emphasis on preventive method and adopts measures to attain and maintain health and prevent disease. The modern medical system treats each disease as a separate entity, requiring specific drug for its cure, whereas the naturopathic system treats the organism as a whole and seeks to restore harmony to the whole of the patient’s being. 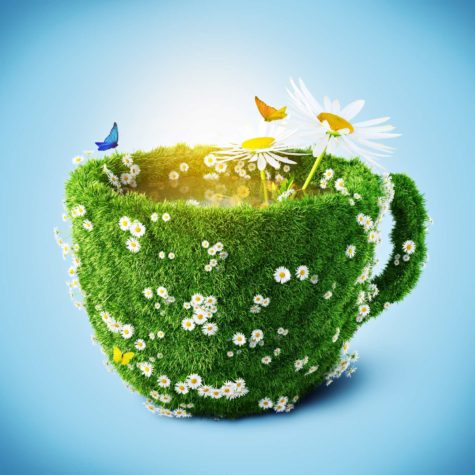 Natural medicine aims at the readjustment of the human system from abnormal to normal conditions and functions, and adopts methods of cure which are in conformity with the constructive principles of nature. Such methods remove from the system the accumulation of toxic matter and poisons without in any way injuring the vital organs of the body. They also stimulate the organs of elimination and purification to better functioning.

To cure disease, the first and foremost requirement is to regulate the diet. To get rid of accumulated toxins and restore the equilibrium of the system, it is desirable to completely exclude acid-forming foods, including proteins, starches and fats, for a week or more and to confine the diet to fresh fruits which will disinfect the stomach and alimentary canal. If the body is overloaded with morbid matter, as in acute disease, a complete fast for a few days may be necessary for the elimination of toxins. Fruit juice may, however, be taken during a fast.

Do not eat when you are sick, stick to a light diet of fresh fruits. Wait for the return of the usual healthy appetite. Loss of appetite is Nature’s warning that no burden should be placed on the digestive organs. Alkaline foods such as raw vegetables and sprouted whole grain cereals may be added after a week of a fruits-only diet.

Another important factor in the cure of diseases by natural methods is to stimulate the vitality of the body. This can be achieved by using water in various ways and at varying temperatures in the form of packs or baths. The application of cold water, especially to the abdomen, the seat of most diseases, and to the sexual organs, through a cold sitting ( hip) bath immediately lowers body heat and stimulates the nervous system. In the form of wet packs, hydrotherapy offers a simple natural method of abating fevers and reducing pain and inflammation without any harmful side-effects. Warm water applications, on the other hand, are relaxing.

Other natural methods useful in the cure of diseases are air and sunbaths, exercise and massage. Air and sunbaths revive dead skin and help maintain it in a normal condition. Exercise, especially yogic asanas, promotes inner health and harmony and helps eliminate all tension: physical, mental and emotional. Massage tones up the nervous system and quickens blood circulation and the metabolic process.

Thus a well-balanced diet, sufficient physical exercise, the observation of the other laws of well-being such as fresh air, plenty of sunlight, pure drinking water, scrupulous cleanliness, adequate rest and right mental attitude can ensure proper health and prevent disease.