This is a cute but silly little story about Betsy, Christmas, Pagan Gods, and the Vatican. Enjoy!

Heavens to Betsy! A Christmas Story! 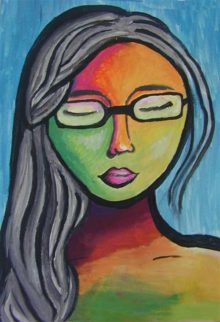 It was Betsy’s thirteenth birthday, which was a bittersweet day for her because it was also Christmas Day. Her parents always told her they gave her twice as many gifts as they would have if her birthday was any other day, one for her birthday and one for her Christmas present.

But their hypocrisy always became apparent when they gave her a pair of shoes, that is one for each foot they said, or a pair of socks, or the weirdest gift of all—a pair of babies. Imagine her surprise and chagrin when Bob and Rob popped into her world on her birthday, which had been upstaged already by Baby Jesus. Now her birthday party and gifts would be divided between two more, and probably it would be much worse because their family was already poor and they claimed it was a stretch of the family finances to even get her some new shoes.

And for Betsy even the word “new shoes” was a cruel joke because those new shoes for her were always the old shoes that were now too small for Jesús, the boy next door named after the original Jesus. Christmas was always boo-hoo day for her.

They lived on an ancient street named for the old Roman god, Saturn. There was still a statue plinth where it was claimed Saturn once stood, but that was removed long ago and put into The Vatican, just a short walk from Betsy’s home. It was squeezed into a display room full of other old Roman gods. There they could be safely ignored, or occasionally on special days like Christmas simply mocked with little gifts placed at the foot of the statues.

The favorite gifts were horse droppings. They were called balls, which was a comic mispronunciation of the competing god to the Classic Romans called Baal. Somehow that was considered appropriate and in good taste, but the statue room soon stank of horse Baal-droppings and even people used to the horsey stench avoided that room later on Christmas night, except for the local fifteen-year-old boys. They had a traditional initiation ceremony that evening where their prospective new members were forced to stay all night.

It was a scary place being stuck in a dark smelly room with a bunch of dead old gods. It was terrifying for those boys, because the older members would surreptitiously make strange noises from down the long and echoing stone halls designed to scare those younger initiates. And it worked! Sometimes kids would come running out of that ancient god mausoleum screaming in terror and thus they never became members of the Secret Order of Baal Droppings. The “S O O B D.” (Pronounced “the soobed.”)

All of these things happened on Betsy’s birthday. Well, what’s a girl to do … to get even? And on the day after Christmas she would inevitably be in trouble and brought before the priests for questioning and repeatedly asked, “and why did you do … that?”

Her simple game, because for her it was a game, was to sneak in through a secret portal of The Vatican, and play inexplicable tricks on the older boys who were playing tricks on the younger ones. The old priests were in on her game because she was an otherwise model child and always confessed in comic detail all of the things she did to scare those boys. It was one of those super secrets known only to the most inside of the insiders at The Vatican.

Ultimately little Betsy grew up and did many wonderful things, and later she became canonized herself and she is now known as Saint Betsy.

She is still known to us centuries later as the trickster saint and sometimes when some trifling little thing unexpectedly happens she is remembered with the words … Heavens to Betsy!

The story was written at the Dudley’s bookstore writer’s group. The prompt was based on a combination of: … A person’s name, a date, a year, a place, and a prompt. Today’s prompt is, “Why did you do that?” Each person in our group of six was given a piece of paper and asked to write a person’s name, we each then moved our paper clockwise, and wrote a date, moved again and wrote a year, etc. The timer was set to forty minutes. After it rang, we each read the results of our efforts. The story above was mine. My writers prompt was: Betsy – Christmas Day – 1774 – Saturn – Why did you do that?

Promote Your Page Too
Bread Crumbs
A trail of bread crumbs, just in case you get lost in the widdershins ... Widdershins > Blog Page > Fairy Tales and Stories > Heavens to Betsy!