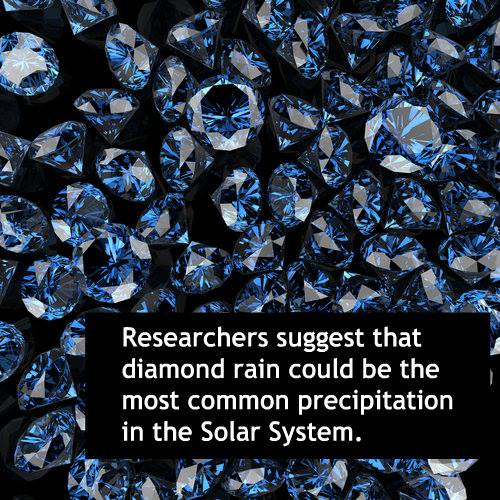 Researchers suggest that diamond rain could be the most common precipitation in the Solar System. How cool is that? 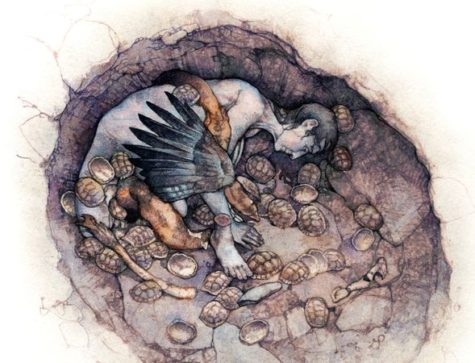 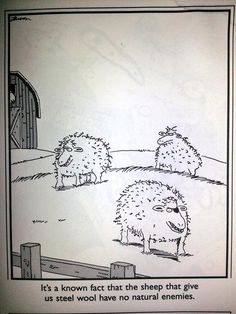 It’s a known fact that the sheep that give us steel wool have no natural enemies. 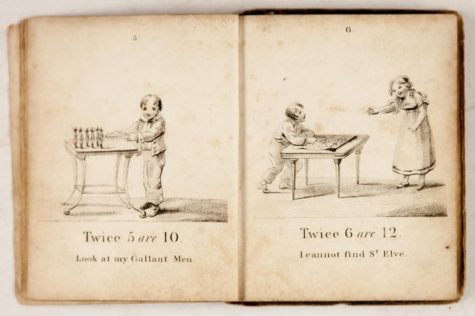 This is a sampling of an old old mathematics book, not sure when it was published, or what the name of it is. I looked for copies the whole thing, but these were the only images I could find. As you can see this was back in the day when multiplication tables were memorized. 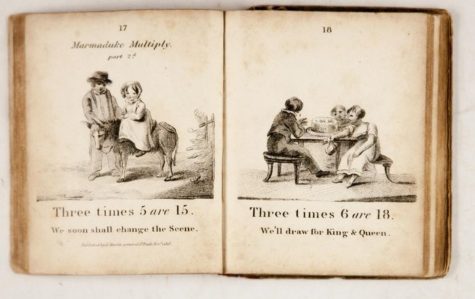 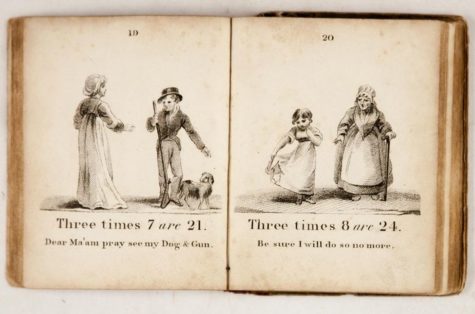 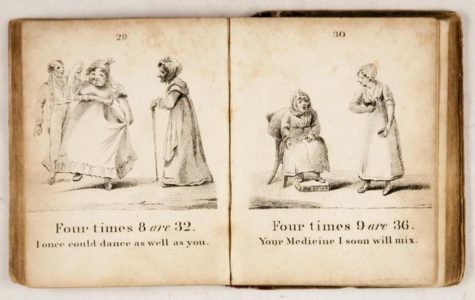 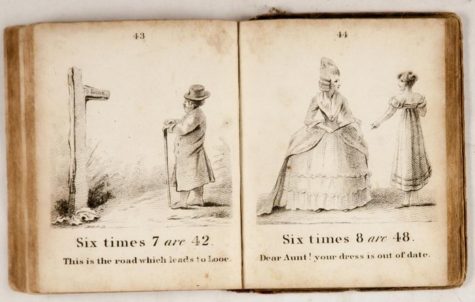 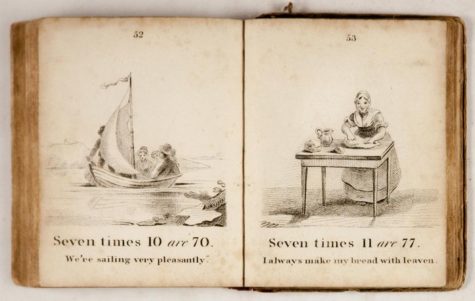 Here’s a page from a similar but different book. This one is in color, and has decorative borders. Notice the hand sewn binding. Very cool. 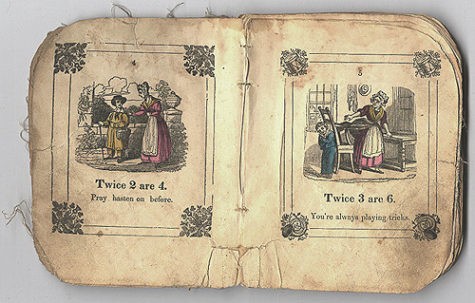 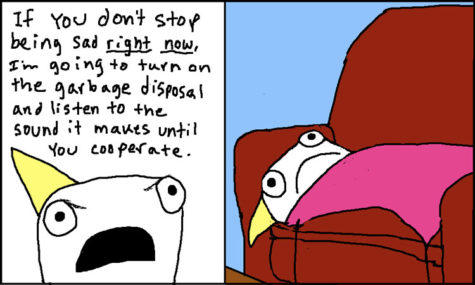 If you don’t stop being sad right now, I’m going to turn on the garbage disposal and listen to the sound it makes until you cooperate.

How To Set Ice On Fire 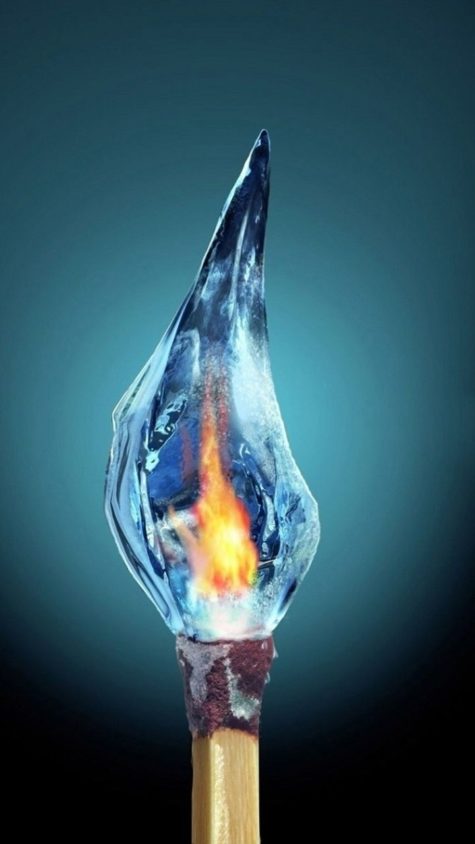 Have you ever wondered whether you could set ice on fire? These are instructions for how to make ice appear to burn and also instructions so that you can actually set it on fire.

Looking as if ice is on fire:

Most of the photos you might see of burning ice were probably made using Photoshop, but you can get the appearance of burning ice very easily without resorting to image processing tricks. Get some glass cubes (craft stores carry them), set them on a surface that can withstand fire (metal pan, pyrex, stoneware), pour something flammable over the ‘ice’, and set it alight.

You can use 151 rum (ethanol), rubbing alcohol (try for 90% isopropyl alcohol, not the 70% alcohol stuff), or methanol (Heet™ fuel treatment from the automotive section of a store). These easy-to-obtain fuels burn cleanly, so they won’t set off your smoke alarm (I know… I tried).

If you want colored flames, you can add any of the usual flame colorants to the ethanol or rubbing alcohol. If you use methanol, try adding a little boric acid for a brilliant green flame. Use caution with methanol, since it burns very hot.

One little display tip: You can give glass cubes the imperfect, crackled appearance of water ice by setting one on fire and then tossing it (with tongs) into water after the fire goes out. The glass may shatter, but if you have the temperature just right you’ll just create internal fractures that look very pretty in photographs.

High-proof ethanol (like 151 rum) or 90% isopropyl alcohol will float on the surface of water and mix with it so that as long as there is fuel, your ice will appear to burn. Don’t use methanol… as the ice melts, it will extinguish the flame (methanol is highly toxic too). You can use ethanol on ice used for human consumption (or flaming ice cream drinks).

Note: Rubbing alcohol is toxic and should only be used for decorative purposes.

You may be thinking it is impossible to burn ice. Strictly speaking, that is not true. You can burn ice, just not water ice. If you make ice cubes from any of the alcohols I have listed, you can burn them. For pure alcohol ice cubes, you’ll need a way to freeze the liquid down to about -100°C, give or take a few degrees depending on the specific alcohol.

You don’t need to get quite that cold for 75% alcohol/25% water ice, which will burn if you spritz it with a little liquid alcohol to get flammable vapor over the ice. You may be able to freeze the 75% solution over dry ice. 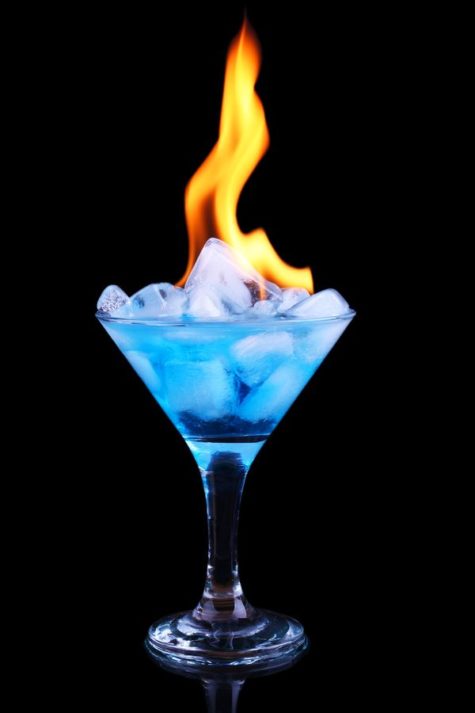 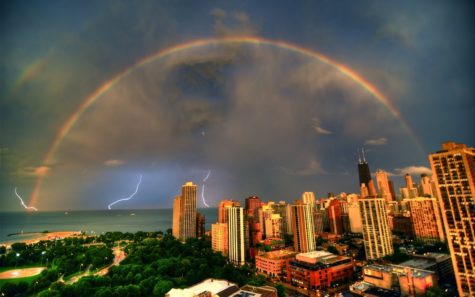 Count the seconds between lightning flashes and thunder crashes to tell how far away is the storm.