If you were born during the Vine Moon in Celtic astrology, (September 02 – September 29), you were born within the autumnal equinox, which makes your personality changeable and unpredictable. You can be full of contradictions, and are often indecisive. But this is because you can see both sides of the story, and empathize with each equally. It is hard for you to pick sides because you can see the good points on each end. 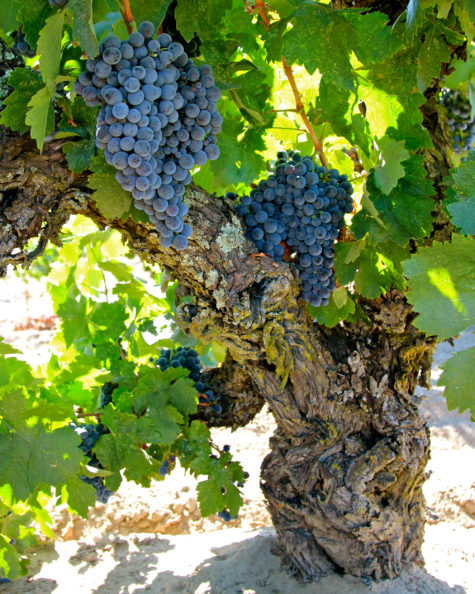 There are, however, areas in your life that you are quite sure about. These include the finer things of life like food, wine, music, and art. You have very distinctive taste, and are a connoisseur of refinement. Luxury agrees with you, and under good conditions you have a Midas touch for turning drab into dramatic beauty. You are charming, elegant, and maintain a level of class that wins you esteem from a large fan base. Indeed, you often find yourself in public places where others can admire your classic style and poise.

The rest of the story:

Unlike the other Ogham trees and shrubs, the Vine is a more cultivated species. Nevertheless, there is no doubt that the Vine has been known and propagated in the British Isles for a very long time. The distinctive fruits and foliage of this hardy and long-living plant appear frequently on Bronze Age artifacts. Within the Ogham, the Vine is known as the “Weaver,” given its tendency to entwine around others, often linking two together. To the Celts, this was indicative of the need to understand the importance of respect toward the options and actions of others.

A determined shrub, the Vine is often found in hard-to-reach areas, leaving a delicate and beautiful path in its wake. The fruit of the Vine has long been known to release inhibitions and loosen tongues, thus allowing those who partake of its harvest to speak more freely. It is, however, easy to fall victim to the Vine’s intoxicating nature. Noah, the biblical patriarch, is said to have planted a vineyard on Mount Ararat after the flood, later becoming intoxicated when he partook of the fermented beverage. Evidence suggests that the Vine existed prior to the appearance of man and the first traces of the cultivation of Vines for wine making purposes would appear to be around 2000 B.C. in Sicily.

The “new moon” Vine individual is more inclined to openly express his or her emotions but often has trouble in coming to terms with certain aspects of life. Such a person is, however, enthusiastic by nature and very supportive of any partner. The “full moon” Vine individual is possessed with a wonderful ability to forgive with true compassion, but somewhat more difficult to comprehend than his or her “new moon” counterpart and is more prone to over-indulge the sensuous Vine nature.

Vine individuals are discriminating, authoritative and set high personal standards. They appear cool and detached but are secret romantics who can be sensitive, vulnerable and self-critical. Keenly perceptive, they have an eye for detail and possess a refined aesthetic taste. Vine people have an oddly dual personality. One minute they can be joyful and exuberant and the next minute be in tears. Their emotions run on high and yet they appear cool as a cucumber when in the face of danger or opposition. They are instinctive organizers and are drawn to public service careers.

Vine people are kind, gentle and creative and good socializers. They do however lean towards overindulgence at times. They require a great deal of mental and emotional security to feel content. They are simple people and usually not highly ambitious in their pursuits, but do have a strong sense for survival. It is important that Vine people learn to balance both sides of life…the sowing and the reaping.

Vine individuals have a tendency to procrastinate, which must be overcome in order to avoid becoming lost in worry and negativity. Although their emotions run at a high level and they are, by nature, very sensual, Vines tend to display a reserved exterior and are possessed of a serenity in spirit. While Vines generally help to create harmony and stability, they can become rather parasitical…or even totally dependent…on the good nature of others.

They are passionate lovers but their dual nature often makes marriage difficult to sustain. They have an earthy quality that some people find extremely attractive while others will find them aloof. They are refined people with a good sense of humor as long as it isn’t too coarse. They are easily hurt by lack of consideration from others.

Always ahead of the field when it comes to contingency plans and one of the Celtic Zodiac’s instinctive organizers of life, it is a great mistake to underestimate the character of a Vine individual.

Promote Your Page Too
Breadcrumbs
A trail of breadcrumbs in case you lose your way... Sigils Symbols and Signs > Newest Symbols > Astrology Signs > Sign of the Vine