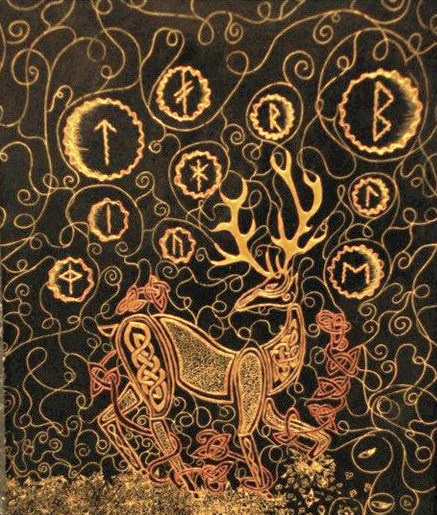 Runes are an ancient alphabet most often associated with divination, but the symbols themselves can also be used as magickal ingredients in spells. The symbols can be carved into candles, apples, potatoes, and more. With a finger or quill dipped in oil, ink, or water, they can be written on paper, fabric, or your own skin. They can be drawn in sand, soil, or salt. Because they are an alphabet, they can also be used to spell out words or names. The possibilities are endless, limited only by your imagination.

With that in mind, here is a list of Runes and their correspondences:

Instinctive and inspirational protection, ability to defend the aura and strengthen resolve, connectedness.