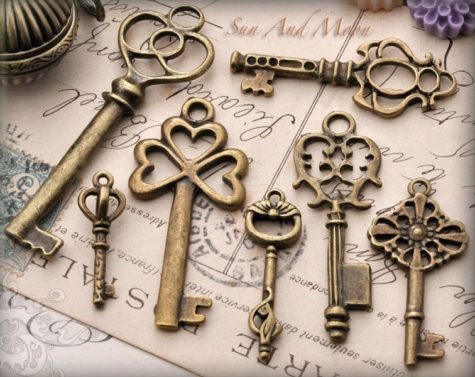 Keys were traditionally made of iron. Consequently, it made good sense to touch a key whenever danger threatened. Keys were considered lucky, and commonly placed under a child’s pillow to keep him or her safe while asleep.

To find an old key is magical. It is said that the finder will experience spiritual mysteries and have prophetic dreams. They will become a channel of communication between heaven and earth. A rusty key is a good omen, as it indicates an inheritance.

Wearing an old-fashioned key will unlock spiritual doors. Perform spells with identical keys, which are then worn by lovers to protect their relationship from infiltration. A key given to a lover who is going far away will keep you in his or her heart.

When lovers exchange keys, it is believed that they are unlocking each other’s hearts. It symbolizes love and happiness.

Keys can also be used as a magickal charm or talisman when something needs to be unlocked in some way. For example, Jewish midwives put the key to the synagogue into the hand of a woman who was about to give birth, in the hopes that the association would help the baby “unlock” the door of the womb. Keys were also buried with people in order that the gates to the Underworld would open easily.

It is considered bad luck to drop a key, and even worse luck to accidentally break one. To break a key is an unfortunate omen: it predicts a broken relationship. It is also considered bad luck to jangle bunches of keys on Wednesdays. However, jangling keys can avert the evil eye, and this can be done on any day of the week.

Losing keys is considered an omen of some disaster, usually involving a death.

People turning twenty-one years old were often given cardboard keys to celebrate this milestone of maturity and independence. A popular song in 1912 mentions this custom in the following lyrics:

Information collected from a variety of sources. 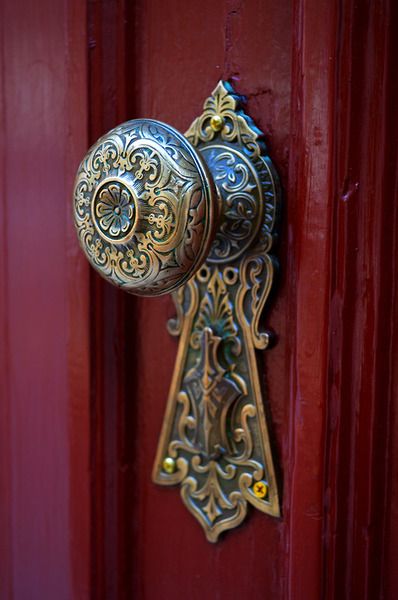 Gaining access is always an issue in spellcraft. Doorknobs often provide an innocuous and subtle way to influence another person. Doorknobs can also be used in personal rituals to open metaphorical doors. Rub a small dab of coconut oil into a doorknob and as you turn it, make a wish concerning something or someone you wish to access. Carry a doorknob with you when you feel that too many doors are closed in your life. Continue to carry until you feel things opening up.

From: The Encyclopedia of Magickal Ingredients