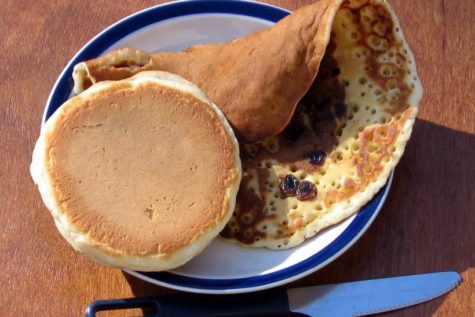 The flapjack, or pancake, dates from ancient Egypt and is a food of prosperity. Its three main ingredients – flour, milk, and eggs, symbolize life, nurturing, and rebirth. They are best eaten on the full moon, or on a Tuesday to round out your fortune. Smother with syrup to attract more money. Also eat pancakes to win races or athletic games. 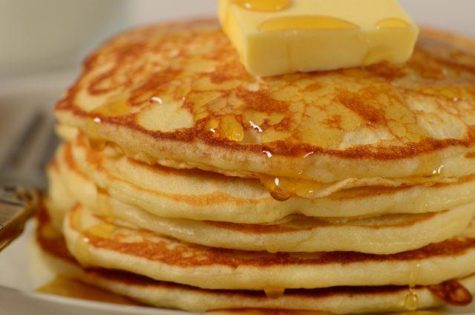 What is a pancake?

A pancake (or hotcake, griddlecake, or flapjack) is a flat cake, often thin and round, prepared from a starch-based batter that may contain eggs, milk and butter and cooked on a hot surface such as a griddle or frying pan, often frying with oil or butter. Archaeological evidence suggests that pancakes were probably the earliest and most widespread cereal food eaten in prehistoric societies.

The pancake’s shape and structure varies worldwide. In Britain, pancakes are often unleavened and resemble a crêpe. In North America, a leavening agent is used (typically baking powder) creating a thick fluffy pancake. A crêpe is a thin Breton pancake of French origin cooked on one or both sides in a special pan or crepe maker to achieve a lacelike network of fine bubbles.

A well-known variation originating from southeast Europe is a palačinke, a thin moist pancake fried on both sides and filled with jam, cheese cream, chocolate, or ground walnuts, but many other fillings—sweet or savoury—can also be used.

When potato is used as a major portion of the batter, the result is a potato pancake. Commercially prepared pancake mixes are available in some countries. When buttermilk is used in place of or in addition to milk, the pancake develops a tart flavor and becomes known as a buttermilk pancake, which is common in Scotland and the US.

Buckwheat flour can be used in a pancake batter, making for a type of buckwheat pancake, a category that includes Blini, Kaletez, Ploye, and Memil-buchimgae.

Pancakes may be served at any time of the day with a variety of toppings or fillings but in America they are typically considered a breakfast food. Pancakes serve a similar function to waffles. In Britain and the Commonwealth, they are associated with Shrove Tuesday, commonly known as “Pancake Day”, when, historically, perishable ingredients had to be used up before the fasting period of Lent. 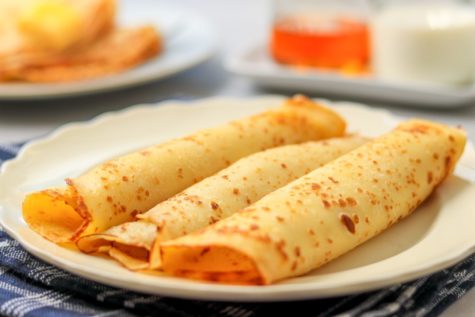 Heat saucepan medium-high heat. Add a little butter to the pan and swirl around. Add 2 large spoonfuls of batter, tilting pan to coat bottom. Cook until golden on the bottom, about 45 seconds. Turn pancake over and cook until bottom is lightly browned, about 30 seconds.

Keep warm while making the rest of the pancakes. 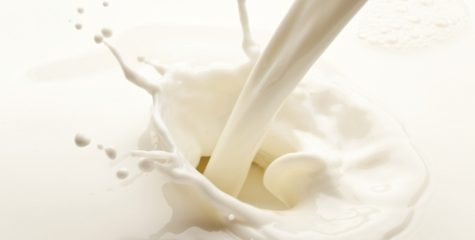