Sleeping On A Bed of Nails

Can modern day “bed of nails” help back pain? 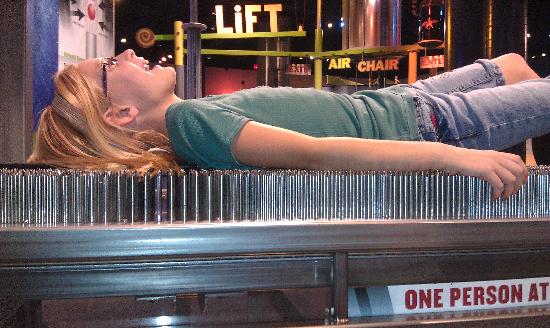 Most people will be affected by back pain at some point in their lives. And lots of money is spent in their quest for relief. But a new treatment is gaining momentum, “Early Show” contributor Taryn Winter Brill said Monday.

Imagine lying down on a device that mimics a bed of nails! Mats with thousands of nail-like plastic spikes are being touted as a relaxation technique that may relieve back pain, stress, and even cure insomnia.

If you feel that strain and pain in your lower back, your misery is in good company. “What the data shows is that 80 percent of the Americans will experience lower back pain in some point in their lifetime, and that’s probably an understatement,” Dr. Christopher Gharibo of NYU Medical Center explained.

It is estimated that at any given time, more than 30 million Americans are experiencing back pain, and back pain is big business — from patches to pills, back pain sufferers will try almost anything to get relief.

“Patients come in often and tell me, for example, ‘Doctor, just cut the nerve, do whatever you need to do to address this back. I just simply can’t go on like this. I’ll have surgery, I’ll have injections, give me the medication. I need but I really need help to be able to function,'”‘Dr. Gharibo said.

But will they try what’s called a “Halsa” mat, which looks a little like a tool for torture? “Some people call it an acupressure mat or a nail bed,” product spokesperson Brenna Haysom said.

Yeah, she said nail bed — that thing you might see a yogi using for meditation or a stunt guy showing off how tough he is. This modern version replaces the nails with more than 8,000 pointy plastic spikes. And it’s supposed to help relax you and relieve pain.

Winter Brill tried it out. “There was definitely a prickly feeling, but it didn’t hurt like I imagined it would,” she remarked.

“Just to get a sense of what’s happening, this is stimulating pressure points which are releasing hormones?” she asked.

The mat is based on the theory of acupressure: that the body is lined with “pressure points” which, when stimulated, release the body’s natural pain-relieving hormones.

It’s been this way for 15 years, and five surgeries haven’t helped. Her pain is so chronic, so excruciating, she’s forced to take a legion of pills — between 12 and 18 a day including morphine and methadone — just to function.

Asked if she could see herself doing this on a daily basis, Papiernick said, “Sure, if there were a long term beneficial effect, I could do it every day.”

And it’s in the pursuit of that daily relief that Papienick and her fellow back pain sufferers will spend at least $50 billion a year on remedies.

While research so far is preliminary, recent studies have shown that nail mats used 15 minutes a day for three weeks reduced patients’ peak levels of pain. 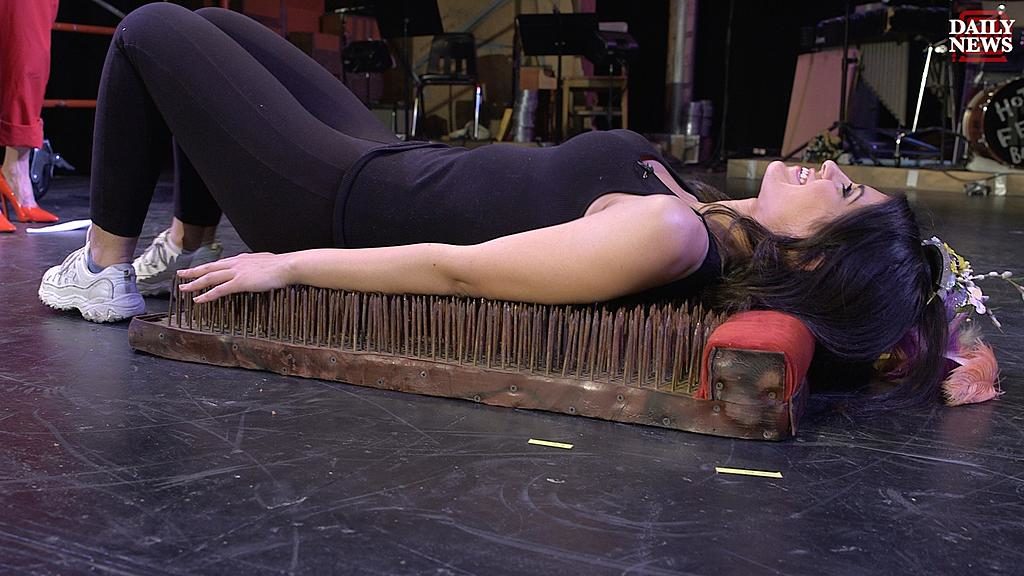 They found that back temperature was higher on the nail mats as compared to a traditional mattress, as a result of increased circulation. Also the heart rate was lowered, indicating greater relaxation.

2 Responses to Sleeping On A Bed of Nails