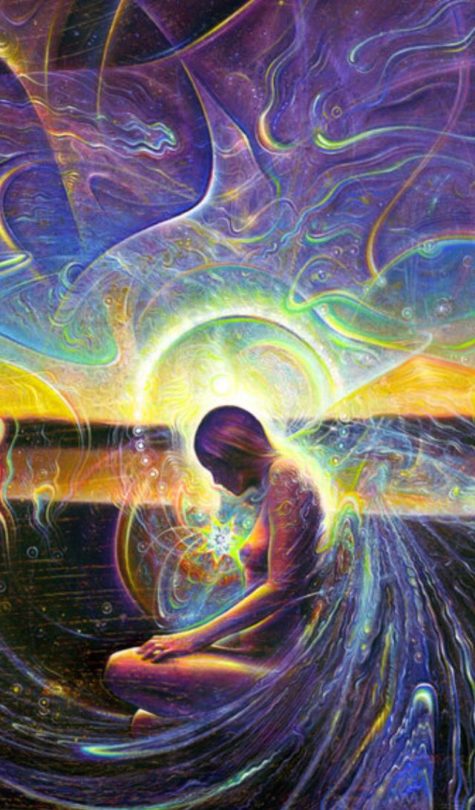 Here is an excerpt from an interview with Jurgen Ziewe, in which he talks about meditation. I found it interesting and helpful, so am sharing this here:

Meditation can mean different things to different people, so what is your exact definition of “meditating”?

To me meditation means living in the present or as Eckhard Tolle says, “living in the now”. Meditation begins by forming a habit that allows you to put yourself in control of your thoughts, which means if you focus during meditation on the light, a mantra or anything else and thoughts pop up you simply say, “OK, now lets go back to the focus” without any force whatsoever.

It is the continuous “OK, now lets go back to the focus” which is the most powerful aspect of meditation not necessarily the object of the meditation, such as the light or the mantra and can almost be anything.

What you are doing is conditioning your mind into following your intent. It’s a bit like training a dog. Once you have achieved this you simply focus on consciousness during meditation and during your daily life. You’ll gradually find yourself living more and more in the present or in the “Now”. Your focus becomes much better too as a result and your life more rewarding, blissful even. There is no reason why you cannot meditate whilst out of the body which can have spectacular results.

On the topic of meditating, do you know what is an optimal way to become more able at perceiving and expanding with/through the consciousness? I have been attempting for a while to do this, but without much success.

A common misconception is that meditation needs somehow a lot of effort or discipline. Quite frankly, the opposite is the case. It’s more a matter of favoring focus on whatever you are meditating on instead of the thoughts which inevitably arise. Thoughts are OK, as long as they don’t dominate us.

Thoughts can be great fun and we have developed a whole industry creating entertainment for our thoughts. The trick is to be able to decide which thoughts we want or whether we want them at all and instead enjoy the underlying serenity of the present moment without thought distraction.

Meditation to me is habituating the mind so it finally naturally follows our intent. It is not to control our mind or dominate it. As such meditation is a beautiful experience, because we never reject our thoughts we just regard them like our children we love, but who we won’t allow to tyrannise us.

The aim of the meditation should be: “OK, now lets gets get back to our focus”, it is this process which is important not the focus itself such as light, sound or mantra. Once focus follows your intent effortlessly your attention simply lingers quite naturally on reality, the moment, the present, God or whatever you wish to call it.

Once we have freedom from the compulsion of thinking we simply focus our attention on awareness or consciousness itself without any attributes dictated by our thinking or imagination, which means we live in the present and become aware of what makes the present. We live in reality.

Many chant different Names of God and mantras. The specific thing they chant does mean something because they are utilizing that specific Name of God/mantra.

There is often a misunderstanding about the use of mantras. Some people think just by chanting and repeating the mantra they are getting closer to the higher consciousness or God. I found this to be an illusion. When seen from a higher level such chants look more like a marble clattering around endlessly in an empty jam jar without ever leaving it’s confines.

Often the chanter even thinks about other things while chanting like some robot or tape recording, clearly without the heart being in any way connected. This is as pointless as planting a crystal in the ground and expecting it to grow into an oak tree.