Mantra for Destruction of Negative Forces and for Protection 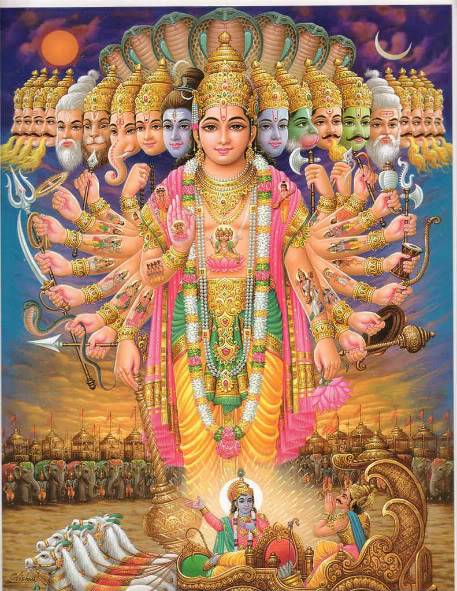 This is a mantra for the Avatar of Vishnu known as Narasimha. A composite spiritual being with aspects of humanity, divinity, and animal nature all mixed together, this Avatar defeated a supposedly unconquerable one of great evil. While the mantra invokes powerful energy, one’s righteous internal attitude provides a buffer against misusing it. This mantra can backfire if used in a hateful way, because hate is contrary to the nature of all Vishnu mantras.

Narasimha is the principle for destroying the seemingly indestructible. According to Vedic lore, whenever evil influences rule the earth an incarnation of the Divine will arrive to save humanity. Narasimha was one such incarnation. It seems there was an evil ruler who was so powerful that he could not be defeated in battle. It was said that “He could not be defeated either indoors or outdoors.” Vishnu, in mercy and compassion, came to earth as Narasimha, a man-lion being. Narasimha sought out the evil tyrant’s dwelling place and waited. At twilight, he entered, found the tyrant, and dragged him to the threshold. Holding him firmly, Narasimha began to speak:

” It is twilight, neither day nor night. It is on the threshold of your dwelling, neither inside nor outdoors. I am neither man nor beast, but a combination of both. Therefore, I now destroy you. ” And he ripped the evil tyrant to pieces.

From that time to this, Narasimha has been invoked to gain freedom from evil situations.